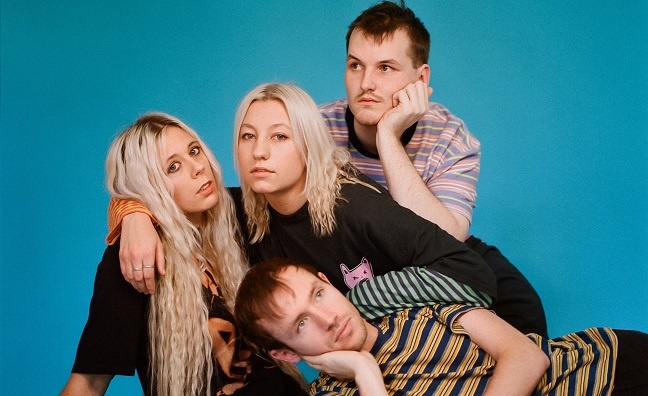 WHAT: If you looked at Coach Party’s bio on Twitter, you’d find the words, ‘Beige indie band from the Isle Of Wight with cracking personalities’. While, that’s amusing, the first part isn’t quite true: urgent tracks such as Breakdown are far from beige.

WHERE: All four members still live and work on the Isle Of Wight.

THEIR NAME REMINDS ME OF CLASSIC CHANNEL 4 REALITY SHOW COACH TRIP… Quite. And how often can you say that about a new band? Not very!

BUT WHAT’S THE MUSIC LIKE? Coach Party make light of the drabness of modern life with spiky songs in the vein of, say, Wolf Alice. There’s affirmation and escape in their music.

WHAT ELSE IS COMING UP? They begin a run of UK dates at Alt Disco in London on April 10. Party time, then.