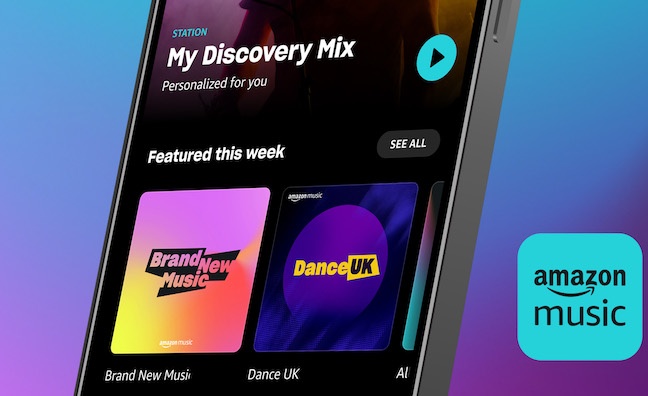 The Amazon Music Unlimited Individual Plan is increasing from £9.99 to £10.99 per month, while the Unlimited Student Plan is also going up by £1 to £5.99 a month.

The increase of a standard subscription is in line with the UK inflation rate of 10.5%.

“To offer you our service in the usual quality, we're updating the prices of select Amazon Music Unlimited plans,” said the streaming service in an update. The increase will take effect on February 21.

Amazon continues to offer ad-funded streaming and services to Prime members, although the hope is that they encourage people into the premium offer.

The increase follows a similar move by Apple Music, while Deezer increased its premium price from £9.99 to £11.99 in October 2021. That has already delivered a significant year-on-year increase in ARPU (average revenue per user) - a subject covered in our interview with Deezer CEO Jeronimo Folgueira in the new edition of Music Week.

The potential ARPU boost across multiple DSPs will be welcomed by the music industry. While low prices have helped to deliver streaming penetration, the persistent lack of any price increase was a concern raised during the DCMS Committee streaming inquiry.

Attention will now inevitably turn to Spotify, the market leader, and whether it will follow suit. The streaming giant will report on its financial performance on January 31.

One benefit to users of the other streaming services has been the introduction of immersive and spatial audio at no extra cost. That feature may have helped to retain users following the price increases.

Spotify does not yet offer HD or similar audio options despite announcing plans for Spotify HiFi two years ago. There has been speculation about what will be announced at the company’s Stream On event next month, when Spotify runs through its latest developments on tools, features and programming.