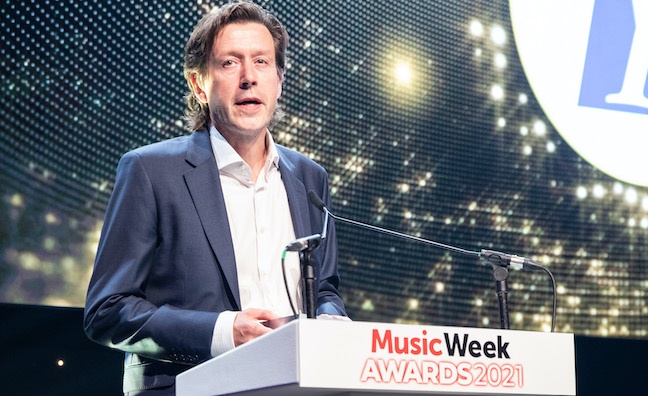 Young appeared during the DCMS Committee streaming inquiry to give evidence to MPs, based on his expertise with royalties models and experience of auditing accounts for clients.

The government has now outlined how it will bring in the music industry to examine MPs’ findings in the report, as well as asking the Competition & Markets Authority to consider the recommendation for a market study into the power of the majors.

Young revealed how he was drawn into the committee hearings after he made a study of equitable remuneration, a proposal to shake-up the streaming royalties system for recording artists more in line with broadcast royalties. Under the model, artists would share public performance royalties equally with the label (the system is already in place for songwriters and publishers).

“I did a lecture on January 31 in Valencia and I discussed equitable remuneration and I submitted that lecture to the committee,” Young, director at CC Young, told Music Week. “They invited me to give evidence and appointed two academics to review that, so in April and May this year I spent a lot of time being cross-examined on it and contributing. And when I look at the outcome of it, it’s an extremely good report and [the current model for] streaming is going to be fundamentally challenged.”

Equitable remuneration will be considered along with other royalty systems by the music industry contact group, which DCMS Ministers are set to oversee.

CC Young has analysed the likely impact of any change to equitable remuneration. As the model shows, artists’ share of streaming revenues would increase by 5.5 percentage points to 22%. 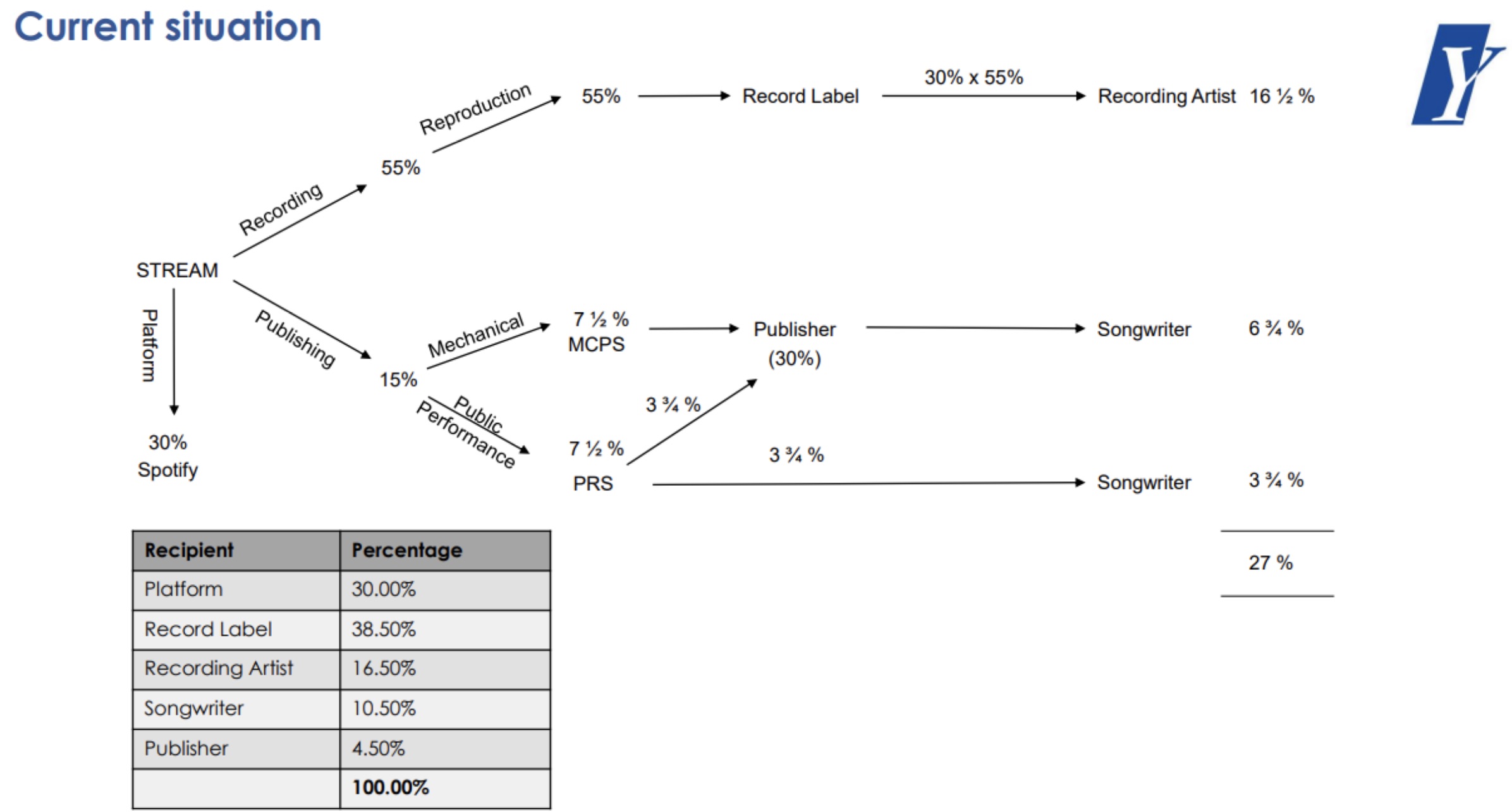 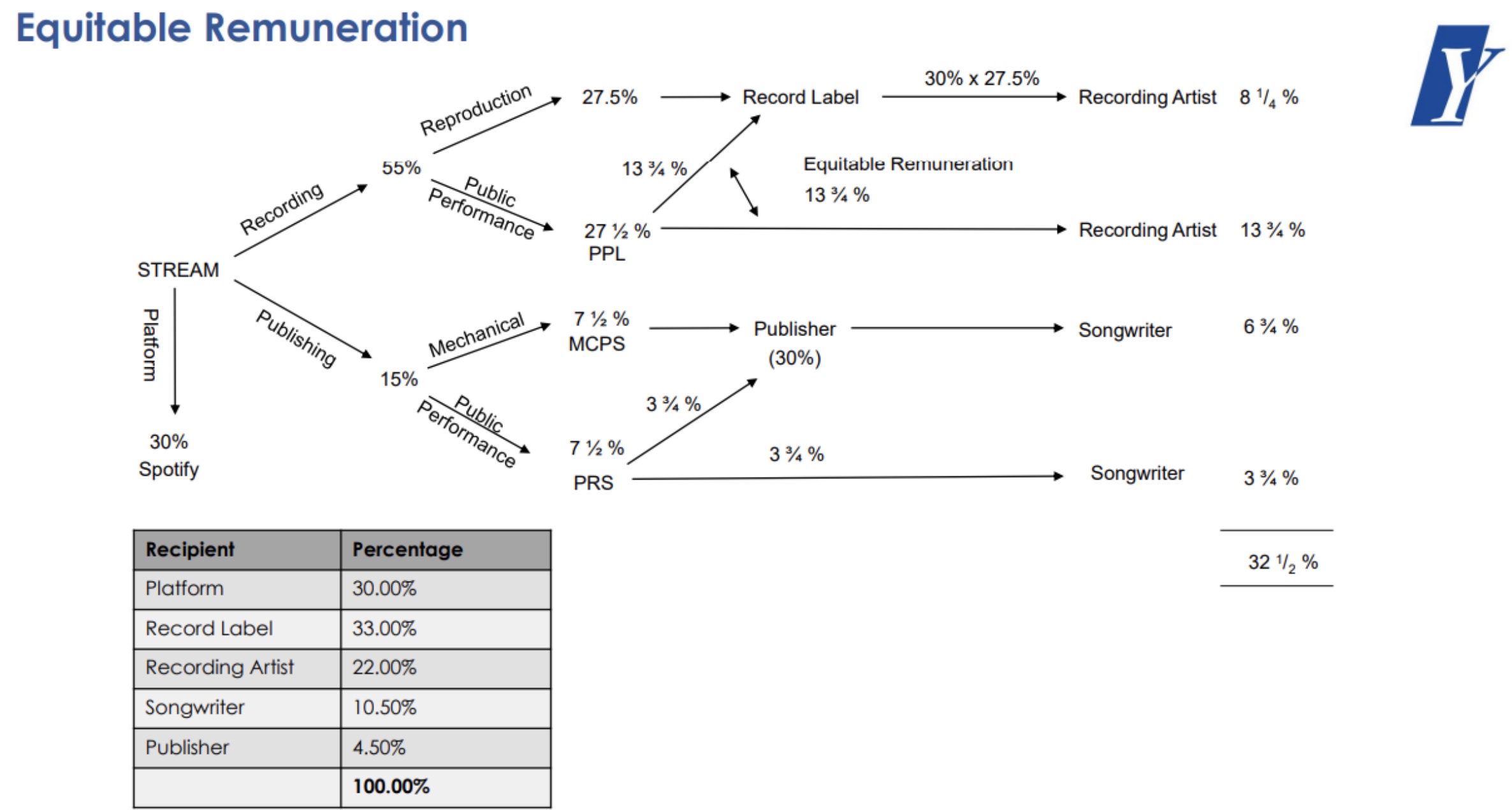 However, the BPI and AIM have both come out against a change to equitable remuneration. The BPI has raised concerns about “unintended consequences for investment into new talent” resulting from any switch to a different model.

Colin Young said: “If you read the report and the suggestions it makes, it suggests that equitable remuneration be adopted, so yes, they’re not just saying, ‘What if, what about?’ They’re actually saying, ‘These are our recommendations, there needs to be fundamental change and this is what we recommend should start to happen’.

The founder of CC Young collected the trophy for Accountancy Firm Of The Year last month.

“We got it last year, there’s no way I thought we’d get it this year,” he said. “I thought they’d share the love and give it to another firm, so it’s just fantastic. We contributed a lot to the DCMS committee, so I think that probably played to our advantage.”

There needs to be redistribution, more money going to recording artists and songwriters

Despite the award-winning success of the accountancy firm, it has faced the same challenges as artists and the wider industry.

“We have a high dependency on touring, that’s what my business is about,” said Young. “I’ve got a division of 25 staff and we haven't done a single gig in 18 months, that’s tough.”

Young highlighted the impact of the pandemic on both his firm and clients.

“It’s just bloody tough. I had to let nine staff go. I’d never, ever shrunk in my 25 years in history, so to shrink was tough. But it’s not just me and my staff, it’s my clients, that’s where they make their money, on live gigs and to take it away from them… It’s terrible, it’s a really torrid event. There was little support from government and we were pretty much left to survive as best we could.”

Click here for more interviews with winners at the Music Week Awards 2021.