Fighting piracy: the inside story of the Get It Right campaign 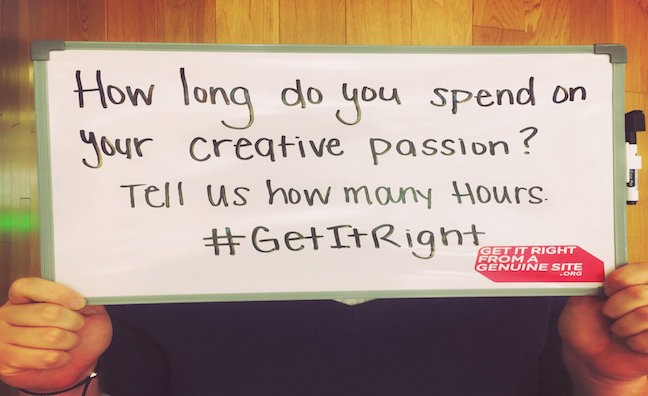 In the new issue of Music Week, we deliver a special report on the state of music piracy in 2017. As one of the key players in the fight against counterfeiters, the BPI has a unique insight on the topic. Here Kiaron Whitehead, BPI general counsel, with responsibility for content protection, expands on what can be done to confront pirates, especially via the Get It Right campaign...

What is the BPI’s role in the fight against piracy?
“BPI is front and centre of music industry anti-piracy. It’s in our DNA and has been since we began operating in the 1970s. We have a 10-strong BPI Content Protection team organised into four key areas, namely (1) members services (2) research and analysis (3) forensics and (4) investigations. The team is supported by a 5-strong legal department and works closely with the Police, Trading Standards and other music bodies, including the IFPI.”

You have been closely involved with the Get It Right campaign – can you explain what it does?
“The Get It Right campaign is backed by Government funding, supported by retail and unions, and led by music and film across the creative industries. Unlike previous campaigns that focus on sanctions, Get it Right has adopted a bold, digital media-led approach that seeks to engage fans around their love of content – such as the #time campaign, which highlights how much time creators spend producing their art and fans consuming it. Initial research suggests that people who have been exposed to the campaign and its messages are infringing less. The second phase of the campaign started in January 2017, with consumers whose internet accounts are being used to infringe music and film content receiving educational emails from their ISPs, providing them with helpful information and encouraging them to use the multitude of legal services.”

What practical steps do you think are best when it comes to preventing piracy?
“Whether you use the BPI or you use a commercial vendor, choose your anti-piracy provider wisely. Anti-piracy businesses are a growth industry and there are an array of commercial services offering the earth in various whizz-bang marketing guises. Remember that, although well meaning, they’re in the market to make money from you. Most commercial services have similar standard features. So look through the sales pitches, look into what is actually being offered, look at the price and ask yourself what it is that you actually need and what other services might you need in the future, for example if further investigation or legal action is necessary.”

Finally, what are BPI’s goals for 2017?
“Much of what we have planned is confidential and legally privileged. However, don’t be surprised to see action being taken to combat stream-ripping sites and cyberlockers. Our search engine delisting and demoting programme will also play a very important role in our anti-piracy efforts in 2017. And let’s not forget the physical market – the vinyl revival and the resilience of the CD format.”