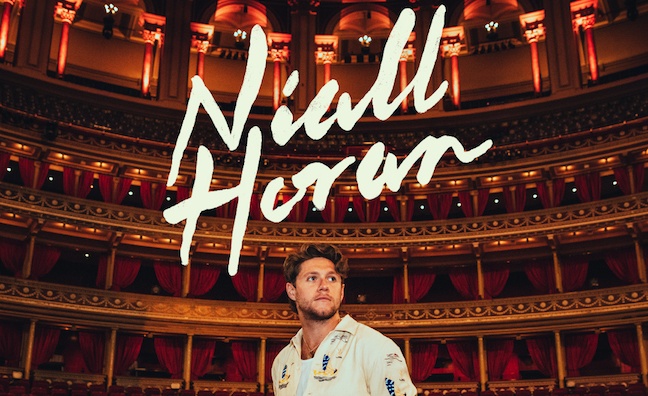 Niall Horan has revealed he will be performing live from the Royal Albert Hall on November 7 in a one-off event produced by Driift.

The event is ticketed in order to raise funds to help support his touring crew and the #WeNeedCrew relief fund, to aid those in the industry who have been affected by Covid-19.

Horan will perform hits from across his catalogue in front of a multi-camera set-up with his full live band. The performance will be time-zoned to specific regions across the globe.

On the event, Horan said: “I know that live events are something we all miss, and until we are able to return I want to highlight the incredible people who work in touring that make those events possible and whose livelihoods have been severely affected.

“I’m putting on this gig to try and raise awareness of the immense value they bring to an industry enjoyed by so many, and do something to help them and their families. I ask all my fans to support them with me and buy a ticket if you can, and I encourage all artists to do the same.”

Tickets are available at 9am BST on October 16 via his website, and fans will have the opportunity to make a charitable donation to #WeNeedCrew relief fund and the Irish AIST hardship fund.

The Teenage Cancer Trust charity has announced it will be premiering some exclusive performances to help raise urgently needed funds.

Taken from performances at the Royal Albert Hall, there will be a series of 20-30 minute mini-gigs, which have never been seen before from artists such as Ed Sheeran, Sir Paul McCartney and Pulp.

The Cure are also part of the line-up and will air a full show on Halloween.

Fans can watch the stream on the Teenage Cancer Trust YouTube channel from October 8-18 and will be free to view but fans are encouraged to donate here.

Catch all the action from Paul McCartney's unseen performance below...

The Mysterines to play two-way stream

The Close Encounter Club has announced a new interactive livestream experience with The Mysterines allowing fans to immerse themselves in the digital gig.

On October 17, the Mysterines will headline a live show with support from Chappaqua Wrestling and Lime, and fans will have the chance to turn on their camera and microphone so the band can see their full reactions, hear their cheers and bring to reality the atmosphere of a physical gig.

Developed by C3 Productions, the band will be able to see up to 120 fans inside the venue while performing live from the Battersea Arts Centre.

The event is ticketed and tickets are available from the Battersea Arts Centre website now.

Fake It Flowers, the debut album from Beabadoobee arrives October 16 and to celebrate the singer has announced a full band livestream set to air on her YouTube channel at 8:30pm.

Tune in to the event below...

Performing live from O2 Academy Brixton via MelodyVR, Frank Carter & The Rattlesnakes are set to create an interactive gig experience for their fans on November 13.

Brixton By Request will see the band debut live tracks from their upcoming record Blossom Deluxe (out October 23), with fans invited to virtually crash the stage, pick songs, and chat to the band via interactive screens.

Carter said: “There are few places like O2 Academy Brixton, a venue where you feel the history every time you walk out onto the stage. Our sold out Brixton show a few years back was wild and we had to create a live album from it. This time around we’re gonna give even more energy to you at home - and can’t wait to get energy back - with our exclusive interactive live show on MelodyVR. See you there.”

Tickets are on sale now via Live Nation.

An Evening With Adam Lazzara

Taking Back Sunday’s frontman Adam Lazzara is set to perform in An Evening With Adam Lazzara. The livestream show will air on October 17 and will be a solo acoustic set.

Lazzara will perform Taking Back Sunday ‘deep cuts’ as well as new original songs, and covers of his favourite tracks.

Speaking on the event, Lazzara said: “This is completely new territory for me, in as much as it’s the same for everyone these days. So that’s what I’ve been trying my best to put my energy into. My hope is that it may help someone else feel a bit lighter, like it has done for me. My friend Shamus, who is a brilliant director and film editor, and I have been working together to make something really special and I can’t tell you how excited I am to see it all come together.”

The show is ticketed and merchandise is available at point of purchase on the On-Location Live and Benchmark websites.

Global Live has announced a brand new concert experience in partnership with Vimeo set to begin October 31. Among the line up confirmed so far is Timmy Trumpet (October 31), Jeff Martin (November 14) and SB19 (November 21) with more to be announced.

All events will be live and can be streamed from all smartphones, TVs and computers, offering fans a front row view to the shows.

The events are ticketed, and can be purchased via the Global Live platform.

Some portion of ticket sales will also be donates to Music Cares, Help, and Support Art as well as to the WHO Covid-19 Response Fund.

Global Live CEO, Mark Spillane, said: "We are super excited about the future with a rollout of profile artists already in negotiation with reputable agents in several countries. It has been a huge journey already, but the reaction today has exceeded our expectations greatly. Further artist announcements will be made when appropriate, so watch this space!"

The Kings Cross music festival, Cubitt Sessions will be virtual this year, with a series of free online performances and interviews from the likes of Paco Peña, Ayanna, Witter-Johnson and the English National Opera.

Running from October 12 for three weeks, the event will be available to watch on the Kings Cross website.

James Bay live at the Globe

James Bay has revealed he will be playing live at Shakespeare’s Globe Theatre for a global livestream event on October 21.

Fans can expect to see Bay filmed in a multi-camera production with his live band, and will be available according to specific regions timezones, kicking off at 8pm BST in the UK.

Bay is set to perform hits from his catalogue as well as his latest track Chew On My Heart, with more surprises to come.

Bay said: “Having spent the Covid months of 2020 very much as a solo performer, singing into my iPhone from the spare room in my house, I’m so excited to reunite with a band and play music from a stage as legendary and iconic as that of Shakespeare’s Globe Theatre. This year has moved much slower and presented more limits than any of us could have imagined. I’m sad that I can’t have an actual audience in the Globe with me, but so excited that we get to create this show for people all around the world to see. It might be a long road back to concerts as we’d like them, but we’re getting closer and in the meantime it’s such an honour to play this show for everyone!”

Tickets are available now. Check out the trailer for the event below…

I’m excited to announce I’m going to be live streaming a brand new show on 21st October from Shakespeare’s Globe theatre in London! I can’t wait to reunite with my band and play music from a venue as legendary and iconic as The Globe. Sign up to my mailing list for pre-sale tickets - link in stories ????

David Guetta to perform for Sensorium

In a series of exclusive performances, David Guetta is set to stream on VR platform Sensorium Galaxy in partnership with The Night League and High Scream.

Guetta is the first DJ to join the platform, and the performances are set to bring his fans closer to his performances than ever before.

All performances Guetta creates will be broadcasted on PRISM world – a hub for music events – in partnership with Yann Pissenem CEO and founder of The Night League.

Sensorium Galaxy is due for release to the public in 2021.

Jeneba Kanneh-Mason for Southbank Centre’s Inside Out season

Nicola Benedetti and Jeneba Kanneh-Mason are the latest artists to join the music listings for Inside Out; Southbank Centre’s online season of music, literature and comedy events.

Kanneh-Mason’s performance is un-ticketed and will be available on YouTube for 14 days, or on BBC Radio 3 live on October 19.

The stream is set to help independent music venues and Nashville artists with support due to the impact of the coronavirus crisis, and fans are encouraged to make donations to a local relief fund.

30 concerts will be streamed across September and October on the Music City Bandwidth website. The artists set to perform include Andrew Combs, Brett James, Kalie Shorr, Patrick Sweany, The Wild Feathers and more.

The party will be running from now until November 15 with a selection of different albums every day.