Oasis streams up 73% on Spotify after Supersonic premiere 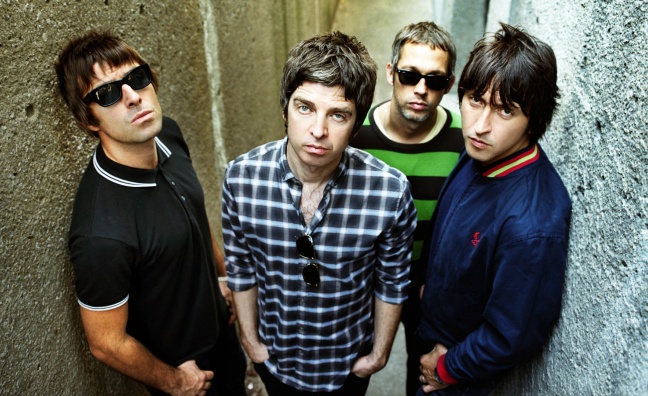 Spotify has revealed that Sunday night’s premier of Mat Whitecross’ Oasis documentary Supersonic has increased the band’s streams on the platform by some 73%.

The spike occurred most notably between the hours of 10-11pm across the UK. To date, Wonderwall remains the bands most streamed track, having been played 199,694,641 times globally. This is closely followed by fellow singles from the (What’s The Story) Morning Glory? album Don’t Look Back In Anger, which has 55,073,209 plays and Champagne Supernova, which trails closely behind with 42,180,955 streams.

In an interview with Music Week, Whitecross said that he believes the speed and scale of the band’s rise would not be possible in the modern music business.

Made by the production team behind the Academy Award-winning Amy Winehouse film Amy, Supersonic covers the band’s early career up to their two sellout nights at Knebworth Park in 1996, for which 2.6 million applied for the 250,000 tickets, just two years on from the release of their debut album, 1994’s Definitely Maybe. Supersonic premiered on Sunday and goes on general release on Friday.

Gallagher commented: "Very excited to be signing to the mighty Warner Brothers. Looking forward to making some super sweet sounds. Keep the faith!"