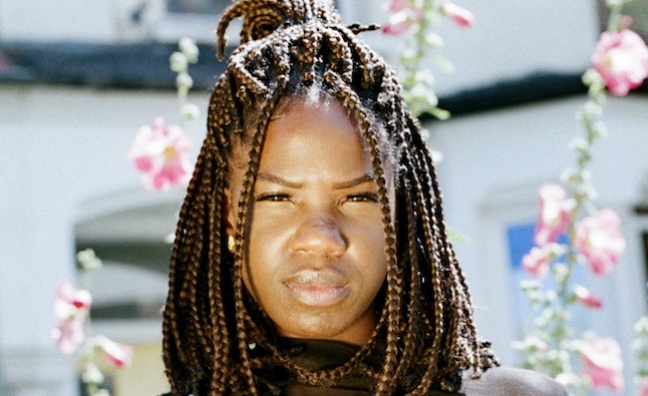 Music Week is teaming up with YouTube Music for the Women In Music Awards in October - Black History Month - with a content series and webinar event, Young, Gifted And Black: Women In Music. Here, Adenike Adenitire meets Enny...

When it comes to UK hip-hop, Enny is one of the most exciting and much talked about names to surface in a long time. The 26-year-old from South-East London has really shaken up the music industry with her brand of realer-than real lyrics, relatable themes and welcoming persona – which sounds like a simple combination.

However, Enny’s arrival on the scene has highlighted how rare and needed her presence, and this representation, really is, especially when it comes to Black women in the industry.

The British-Nigerian also hasn’t shied away from discussing and implementing her heritage and culture. Her imitable single Peng Black Girls featuring singer Amia Brave, and then the remix featuring Jorja Smith, has become a certified anthem for young Black girls and women, not only in the UK but also overseas.

Enny mentions seeing herself on billboards here and abroad, which has been further assisted by her being part of Foundry, YouTube’s global artist development programme, whose alumni include Dua Lipa, Dave, Chloe x Halle, and Mahalia.

“I am very excited and honoured to be selected to be part of it, as it’s been sick working with YouTube,” she says. “Having support, as well as being championed by them and seeing my face on a billboard is the maddest thing, especially in areas I frequent, so I’m really honoured.”

“And that international push as well… My face was defo in New York,” she says with a mix of nervous laughter and pride.

The world is Enny’s oyster right now and she recently sat down with Music Week to talk lyrics, the significance of turning 25, and the future of UK hip-hop.

Your lyrics have definitely been something fans have celebrated about you. How do you decide what you're going to write about?

“I think it's just life and reality. I write about things my friends and I talk about, or things we're going through. I always feel like the group of friends I have is weird. I feel like we’re not like other people. But the whole process is natural as I never intentionally go out of my way to be like: 'I’m gonna write a song about this or that.' I tend to just write and if it ends up being something, then fine.”

You're quite shy as a person, how do you find that balance of still being able to be quite personable in your music?

“I think it balances itself naturally, just because the music is so honest. So, when I find it hard to talk, it's easier to do it in song form. Do I regret anything I’ve said in my music? No, not really. Because one thing I know is while some people do listen to the lyrics, I think most people don’t. Instead, they just catch a vibe, and then maybe 100 plays later, they’re like: ‘Oh my God, that line!’ So, I don't think anyone's really caught on to anything I said that’s made me feel uncomfortable.”

Speaking of lyrics, Peng Black Girls is such an anthem now. Did you think when you wrote it that it was going to resonate with so many people?

“Not at all, I never would have imagined that everything that happened surrounding it would have happened, and so I think the beauty is in the unintentionality of it all. That is one of my favourite things about it because to this day it still throws me, because I never had the intention that I was going to end up writing a song for all the girl-dem, for all the Black girls and stuff like that. It was just like: ‘I’m fed-up of hearing this’ and ‘I’m fed-up of seeing that’, and now I’ve written about it in some bars. So, to see what’s happening with it three years after I wrote it, it's just really exciting.”

Keisha’s and Brenda’s is another poignant song of yours about women. It talks about female sexual harassment and consent; did you write that based on the current climate?

“Not at all. I wrote Keisha’s and Brenda's three years ago. I'd been seeing and reading stuff and I was annoyed and angry and just felt like, ‘Why is this happening?’. And then I heard a dark beat, and I wrote to it, so it was weird that it came out this year in the space of everything else that was happening. But the same thing happened with Peng Black Girls last year, as that came out during the time of the pandemic and the Black Lives Matter movement. I think life just knows when that message needs to come out, so unintentionality is something I truly believe in. I feel like everything will just cross the right bridge when it's time to cross that bridge."

Your EP is titled Under 25, why call it that?

“Because I was scared to turn 25 (laughs). And then I'd written the song Under 25 on the EP and I was kind of like, ‘I'm going to make a project surrounding this because I feel like this is a big moment’. Everyone's says all sorts of opportunities end when you reach 25, so clearly, something has to happen then, so it was just documenting that journey.”

You’ve collaborated with Jorja Smith, whose label FAMM you are signed to. What do you think of her as an artist?

“Yeah, she's a super talented, that's one thing that I've taken from watching her work, just watching how she approaches things and how she's quite the perfectionist. I think that was one of the coolest things to see that people take their art that seriously.”

In such as short space of time, you’ve made your mark in UK hip-hop. What are your thoughts on the scene right now?

“I think the UK is in a great space right now. I think the UK hip-hop and rap scene, and especially the alternative scene, are producing the best music the world has seen. And I feel like there's a little-known renaissance moment. So, we need to let it grow and let the message spread. There’s some sick music in the UK, especially in London, and the world deserves to hear it, and to hear these new perspectives. I feel like we’ve heard a lot of American stories, it’s our time. Watching how Afrobeats is now evolving and how the diaspora and the culture is spreading worldwide, I just want to see that happen with the UK rap scene.”

What key thing would you really love to see change in the industry in the near future?

“Not letting money compromise the art is the most important thing. Allowing artists to just be artists and letting the rawness of their music just be. I feel that is kind of lost at the moment.”