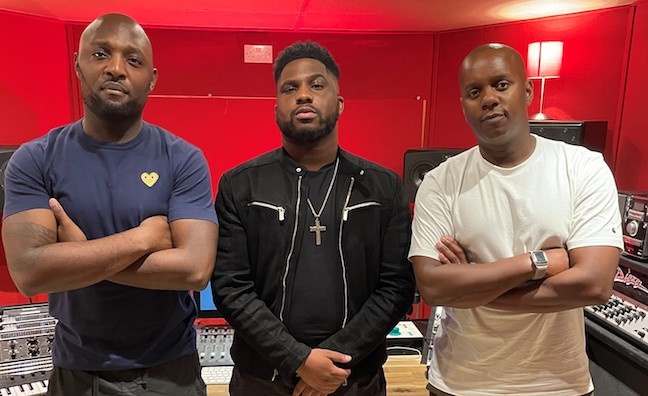 Atlantic Records has revealed details of a new joint venture with Trust It Entertainment, which has released music by Irish rap, hip-hop and drill artists including A92, Andre Fazaz and Offica.

Under the partnership, Atlantic Records UK will work closely with Solomon Adesiyan, CEO and director, Trust It Entertainment, and the team at Warner Music Ireland, to invest in signing and developing artists as well as providing marketing support.

Together they will also develop strategies aimed at growing the local Black music market. As part of the deal, Adesiyan will also act as a consultant to Atlantic Records UK, both in an A&R and culture capacity.

Austin Daboh, EVP, Atlantic Records UK, said: “We’ve known Solomon for a couple of years now, and he really is the linchpin that’s helping drive the Irish Black music scene forward to new heights. It feels like Black music has found its voice in Ireland, and Solomon and the Trust It Entertainment team are right at the heart of it, setting the cultural agenda and inspiring the next generation of talent. We’re looking forward to working with them to help develop and champion the extraordinary artists that are flourishing in the region and introducing them to a global audience.”

It feels like Black music has found its voice in Ireland

Solomon Adesiyan said: “We’re really happy to be partnering with the team at Atlantic as with their backing, we’ll have the resources to further find and develop the best talent in Ireland. In addition, it’ll be great to tap into Atlantic’s global network and showcase our artists on an international level.”

Trust It Entertainment was founded by Adesiyan in 2016, during which time they have worked with and helped develop a range of artists, including AV9, Alicia Raye, Andre Fazaz, BoyW1DR, Chuks, Evans Junior, J.B2 and Offica.

Also on board at Trust It Entertainment is Shekinah Adewumi as strategic partner and co-director, and Joel Safo, head of A&R. Outside of music, Trust it Entertainment aims to shine a light on other areas within Irish urban culture such as fashion, art and business.

Adesiyan is also founder of Dearfachtv and current co-owner of New Eire TV.