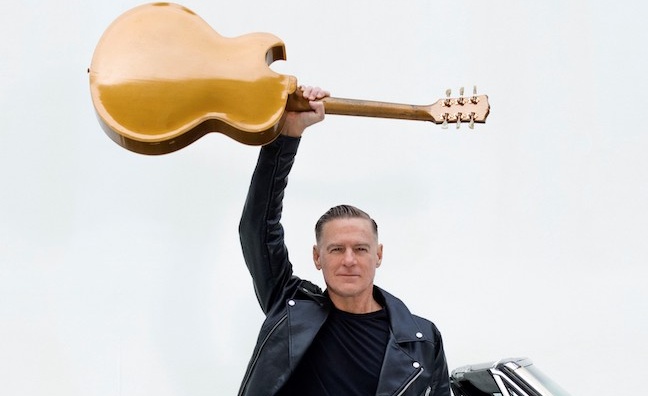 Canadian singer-songwriter Bryan Adams has signed his first new label deal in more than 40 years after inking a global recordings agreement with BMG to release his upcoming studio album.

Adams has released 14 studio albums over four decades in the business, with his most recent LP, 2019's Shine A Light, peaking at No.2 in the UK. The record's title track Shine A Light, was co-written by Ed Sheeran.

Adams said: “I’m delighted to join the  BMG team, and can’t wait for everyone to hear the new music.”

We are very proud to welcome him to BMG

Bruce Allen, Adams’ longtime manager, said: “I look forward to working with the BMG team in this next chapter of Bryan's career.”

Thomas Scherer, BMG president, repertoire & marketing, Los Angeles and New York, said, “As soon as we met with Bryan and his team to listen to the album, we instantly connected with the songs. This record is the perfect showcase of his exceptional artistry, performing all the music while also producing. We are very proud to welcome him to BMG, his first new label home in 40 years, and provide our best-in-class global service to a global superstar of his stature.”