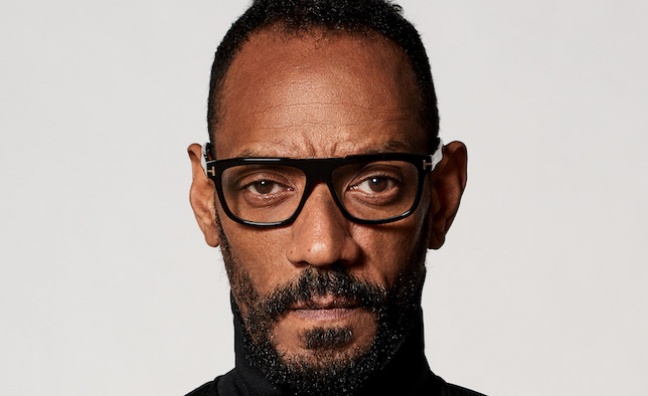 A&R and music industry legnd Darcus Beese will be joining Warner Music UK on July 1 in a newly created dual role as EVP, WMUK and president of a new joint venture record label.

Most recently president and CEO of Island Records US, Beese brings with him over three decades of expertise in label building and developing the careers of artists, among them Amy Winehouse, Dizzee Rascal, Jessie J and Florence and the Machine. He was honoured with the career-spanning Strat award at the Music Week Awards in 2019.

As a member of Warner Music UK’s senior leadership team, he will report into WMUK CEO Tony Harlow.

Beese will work closely with Harlow and the WMUK label presidents on the company’s A&R approach and will be instrumental in helping guide the continued cultural and strategic change of the UK business. More details on his new joint venture record label will be shared over the coming months.

Tony Harlow said: “For the entire time I’ve been in the music business I’ve heard about Darcus as a truly great music man – a person who heard great music in every and any genre, and could care and nurture artists to bring the best out of them. Darcus was a talent who could actually add to the legacy of a label as great as Island Records and who understood that labels need to build a culture both musically and of success. Darcus would sign smashes and then balance them with important records that needed to be made and voices that needed to be heard.

“I couldn’t be more pleased to have persuaded him to join us at Warner Music as he embodies so much of what we stand for and what we want to stand for. He’s going to help me shape the future of Warner Music and help us by bringing compelling, urgent music to us through his label.”

Darcus Beese said: “Working at Island for as long as I did, I was never going to be comfortable working for another label. Talking to Max [Lousada, WMG CEO, recorded music] and Tony crystallised that the natural next step for me was to head up my own label while still being part of a broader record company leadership team.

“I’ve known Max, Tony, and the team for a long time, and their commitment to building a community that inspires and supports its artists is very much in line with my own philosophy, so I couldn’t be more pleased to be taking this next step with Warner Music. I’m looking forward to working together to create a label that puts artists at its heart, moves the cultural needle, and delivers music that stands the test of time. I want to thank Max and Tony for this wonderful new opportunity.”

Beese began his music industry career in 1989 as an intern in the Island Records promotion department before making his move into A&R. He progressed through the ranks at Island Records UK, becoming A&R director, then co-president of the label in 2008, and president in 2013. Beese moved to the US in 2018 to take up the president and CEO role before leaving the label and returning to the UK in 2021.

During his tenure at Island, Beese signed and guided the careers of numerous notable artists, including Amy Winehouse, Ben Howard, Bon Jovi, Demi Lovato, Dizzee Rascal, Jessie J, Florence and the Machine, Mumford & Sons, Shawn Mendes, Sugababes, Taio Cruz, The Killers and U2. In 2014, Beese was honoured with an OBE in the Queen’s Birthday Honours List for services to the UK music industry.

Beese is the latest executive to join the WMUK senior team under CEO Tony Harlow, who took the reins in 2020. Since his appointment, Harlow has brought in Atlantic EVP Austin Daboh and SVP, artist and label development, ADA and WMUK, Trenton Harrison-Lewis, while promoting Briony Turner and Ed Howard to co-presidents of Atlantic UK, and Joe Kentish to president, Warner Records UK.