Lottie Llewellyn on Griff, Dua Lipa and the new era at Warner Records 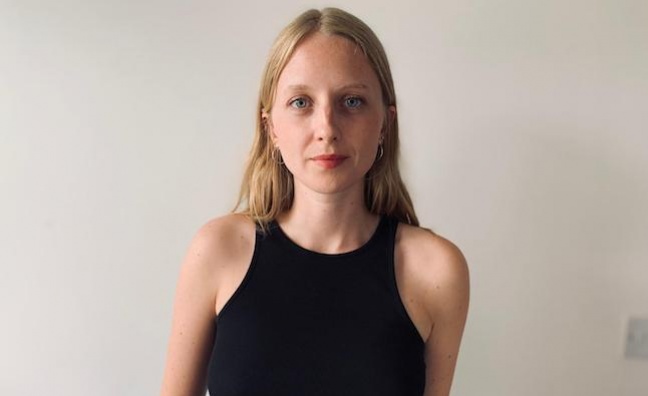 Lottie Llewellyn has been promoted to head of marketing at Warner Records, Music Week can reveal.

Llewellyn was previously senior marketing manager and has worked on campaigns for Dua Lipa, Griff and rising star Priya Ragu. Before that, she spent three years in marketing at Sony Music and played a key role in the success of Regard’s viral hit Ride It for Ministry Of Sound.

Her promotion is one of the first appointments by new label president Joe Kentish, who has also upped longtime A&R Jerome Porritt to the role of director of A&R.

“It’s brilliant,” said Llewellyn of Kentish’s elevation to become label president. “What's great about Joe is that he is Warner Records. He's been there for years, look at the amazing work he’s done with Dua Lipa and Griff.”

Asked about her own promotion, Llewellyn told Music Week: “I've always worked at influential labels like Ministry of Sound and PMR, which have given me a really good experience of working outside of a traditional major label set-up. So I hope to bring that unique perspective to this role, and bring impactful and creative ideas that will amplify the campaigns that we work across, and also just be a key part of bringing in new and exciting talent.

“I’m working with such incredible people at Warner Records. I hope that I can support them, and it's super-important to me that young women starting in the industry see women in senior roles.”

Here, Lottie Llewellyn looks back at the highlights of the Dua Lipa campaign, explores the power of TikTok for artists and reveals her ambitions for Griff…

As Griff prepares to drop her new One Foot In Front Of The Other mixtape, can you outline how your campaign has had such an impact already?

“This is a quite an interesting question actually because, for me, Griff is really the key to her success. As a marketing person, your dream is to work with an artist who knows exactly who they are as a person and also as an artist. Griff has put so much of herself into all elements of her campaign. It's that authenticity that really connects and the reason she's been able to build such an engaged fanbase over the last year. From a marketing perspective, we knew that Griff was an incredible music talent and a creative force, so my focus has really been on how we're going to tell that story in the most engaging, creative and compelling way.

“Also, you can't downplay the strategic tastemaker creative that has really been the heart of this project. Having Imogen Snell as the creative director involved from the beginning has been an invaluable tool in honing this surreal and also super-relatable world of Griff. You can see that in the content that we've done, like her live show at the Tate last year and her official videos and artwork, where we're constantly pushing the creative boundaries. Her Covers Against The Clock series, the YouTube and TikTok content, all of it is very Griff. Her ability to create that unique and disruptive content has been so important, especially during this last year in the pandemic when we haven't had that usual activity that we can layer in.”

How important was her BRITs Rising Star win and performance at the ceremony?

“The BRITs was an absolutely huge moment for her, and definitely a potentially pivotal moment in her campaign, so it was important to us that we had this brilliant creative that we could feed back out into here socials. Her stage design, for example, was gritty and real and Griff’s fans really gravitate towards her DIY style. I knew they would love a chance to own a piece of her set, so we framed [pieces of the backdrop], Griff signed it and we sold it on her D2C store as part of her mixtape pre-order campaign. It was quite funny, I got my sister and her friends to come and physically make them. They did a thousand of them, Griff came in and signed all of them, then it literally flew – rhat item sold out in a night.

“It was super-important for Griff that she made her dress for the performance. So the process was documented and shared on TikTok, and she also made her band’s outfits as well, which we made available for fans to win when they pre-ordered the mixtape on Amazon. So bringing her performance into her real life fan space was a super-important strategy for us with this campaign.”

How important is TikTok for Griff’s campaign?

“TikTok is part of all our Griff conversations. She came onto the platform last year and has really created a strong identity. In the last six months alone, she's seen her TikTok followers jump by over 650%, which is insane. Our focus remains on creating really rich, road to mixtape release content. So that includes stuff like Griff asking her fans what to wear for promo. She posts weekly round-up videos that are behind-the-scenes, 10-second snippets stitched together, which works really well on the platform. And she's been teasing new music to fans.

“We also started her Covers Against The Clock series last year, which see Griff partner with other artists to create a cover in an hour. It's been a really huge part of our TikTok strategy with her actually, and it continues to grow. We've got new episodes with SG Lewis and Alfie Templeman this month. Earlier this year, we ran a big Covers Against The Clock hashtag challenge, which encouraged TikTokers to use Black Hole, and the challenge had over 140 million views, which was brilliant. That's something we're definitely looking to grow this year and next year.”

When Dua Lipa first emerged, Warner execs commented on her social medial skills. Does that also apply to Griff?

“100%. I think the thing with Griff is she's got so much integrity with everything that she does and she makes. So whatever we ask her to do, she comes up with the concept of how she's going to post that. That's why it always feels really special and a bit different. I think she's got that edge that Dua has. Dua will post constantly without being asked to, she obviously loves it as well. It’s that ability to understand and engage with your audience, and speak to your fanbase so authentically, that's unique to both Dua and Griff.”

What’s your overall approach with TikTok for all kinds of artists on the roster?

“It’s the centre of our artist strategy. In terms of breaking music and artists, the force of TikTok is pretty undeniable, isn't it? Last year we set out to have all of our artists on the platform, which we've now achieved. Griff and JC Stewart feel particularly strong examples of how artists can use a platform successfully to reach and build new audiences. The power of TikTok is clearly stronger in certain genres at the moment, but we're working closely with all of our artists to grow the opportunity in all genres, because we know there's just such huge potential on the platform.”

Are there any particular highlights for you from the Dua Lipa campaign?

“There are so many highlights to talk about from this campaign. The album pushed the boundaries of what pop music could be, and we wanted our campaign to reflect that. It really propelled Dua into global superstar status, establishing her as an artist who is both innovative and influential. Our strategy on this campaign was to deliver outstanding creative that would drive a cultural conversation around the world. And we definitely did this through her groundbreaking music videos, and the viral moments we were able to create through her performances, including the EMAs, Studio 2054, the Grammys performance, which was the ceremony's most viewed video, and the incredible BRITs performance in May.

“It’s also worth mentioning, this album came out during lockdown. So there were obviously a bunch of new challenges that no one had ever really dealt with before in promoting an album. But the label [handled that] incredibly well, they created a workout video for Physical, there was a Zoom-inspired performance on James Corden, which was really the first lockdown promo look with everyone at home, and then there was her performance with the green screen for Jimmy Fallon. We had a global TikTok campaign with Levitating, which was a first of its kind, and actually Levitating just recently had a second viral hit moment on TikTok, which saw the single go back into the top 20 here and reach No.2 in the US. We've worked six singles off this album, which is pretty unheard of. She was the most played artist on the radio last year and the biggest-selling album this year in the UK. This album clearly isn't going anywhere any time soon. We just launched a new video for Love Again, which is a fan favourite and has had an amazing reaction online.”

Following the label’s success, what are your hopes for the rest of the year?

“Pa Salieu, one of the most distinctive new voices in rap music, started the year by winning the BBC Sound poll and is an absolutely huge priority for the label. We have amazing new music coming from the Blessed Madonna, JC Stewart, Mist and Gang Of Youths. We have an exciting wave of new artists coming through the label as well, including Priya Ragu. So the talent on our roster is pretty phenomenal. It’s going to be really exciting with the label’s next chapter under Joe Kentish…”

Subscribers can click here to read our Griff interview.