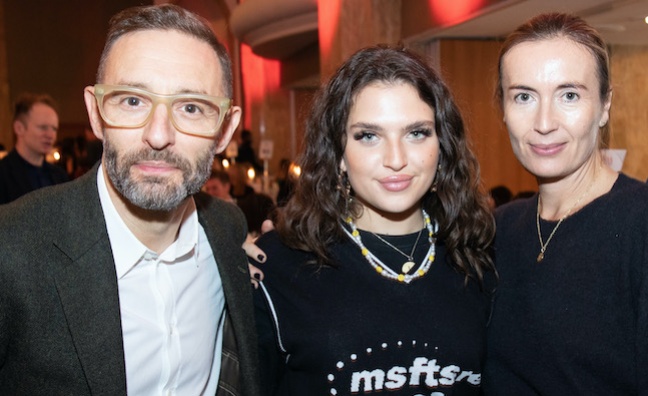 Raphael was the co-president at the label, which signed and developed Sam Smith, one of the UK’s biggest artists of recent years with 30 million equivalent global album sales.

Jo Charrington, his longtime label colleague for more than two decades, will remain at Capitol as label president. No reason has been given by Universal Music UK for Raphael’s exit beyond saying it was amicable.

Since Raphael launched Capitol in the UK in 2013, the label has also had success with 5 Seconds Of Summer (now on BMG) and Liam Payne. The current roster also includes Arz, Aitch, The Academic and Zoe Wees.

Jo Charrington was appointed co-president in 2017. She was previously EVP of A&R.

Raphael was previously MD at Epic - where he worked alongside Charrington - and spent a decade at Sony Music UK. He then joined Universal Music in 2011 to re-launch London Records.

Following the EMI acquisition by UMG, Capitol UK launched with the London Records roster as a frontline label and soon made a global impact with Sam Smith.