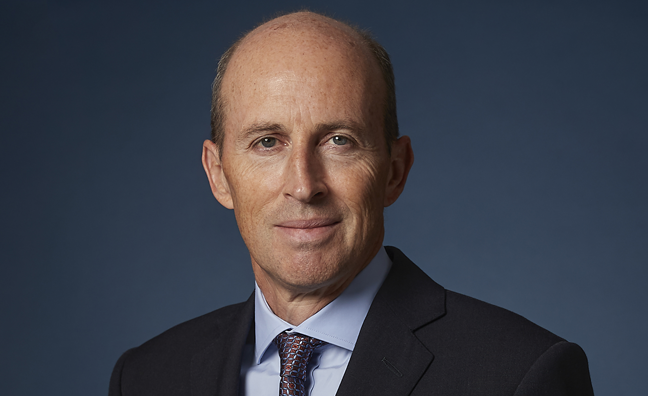 PPL collected £225.7 million for performers and recording rightsholders in 2020.

While that was the third highest amount in the music licensing company’s history, it still represented a decrease of 17% on 2019 – a clear Covid effect on PPL’s growth trajectory. The decline is the result of lockdown restrictions affecting revenue from many of its public performance and commercial radio licensees.

PRS For Music recently reported a decline in its collections for 2020.

But while Covid restrictions are now easing, CEO Peter Leathem stressed that it has been – and continues to be – a complex situation to manage the return to music licensing payments.

“It was a massive shock and it would not have been tenable for us to stick to charging when businesses were closed, even though it's an annual licence,” Leathem told Music Week. “It was absolutely the right thing to be trying to support our long-term customers, who use music in order that their businesses benefit from it. It was a sensible thing to do.

“Now it's quite a lot of extra work, because you've got a whole range of scenarios to get through. We didn't have just one lockdown, we had a number of lockdowns, and those lockdowns were different in the nations, so you've got four different approaches.”

PPL PRS licensing is further complicated by whether a site was fully open to the public (such as supermarkets) or just outdoors (pubs and restaurants) outside of lockdown periods.

“It is going to be harder because of all that sort of stuff to deal with,” added Leathem. “Plus, clearly there are a lot of businesses that will have closed permanently. So that will impact in the short term, but what tends to happen is those businesses start up again once demand is there – and there is quite a large demand for hospitality at the moment.”

Leathem shared his outlook for a return to growth for public performance income, following last year’s dramatic dive in collections after a strong performance in 2019.

“If you look at public performance this year, clearly we're not going to get back to normal because we've got two things,” he explained. “One is a lengthy lockdown for the first part of this year. And, secondly, a lot of sites have closed, and so there will be a hiatus while those sites reopen under new ownership and that works through. Plus, there’s lots of work to do in terms of trying to get people licensed correctly.

“We think that this year we'll collect more money for public performance than we did last year. But it won't be back to normal. It may well not return to normal until 2023 because of the delayed effects of the partial licensing and also we're not entirely sure how many sites have gone [out of business].

“The other thing is going to be what happens over the next six months, when businesses have to start paying rent again and the furlough payments go away. So it's a very uncertain six to 12 months for us to understand what's the impact on retail and hospitality – two very big areas for our licensing.”

However, that neighbouring rights income is subject to lags that will likely result in a further Covid effect in 2021.

“In the short-term, as Covid-19 restrictions further ease in the UK, we expect our domestic revenues will begin to recover this year, although we are not yet expecting a return to pre-Covid levels,” said Peter Leathem. “Our international revenues may be impacted over a longer period of time because of the pandemic, although to what extent will vary from territory to territory.

“Over the longer term, we remain very positive about this sector’s growth prospects and the income it will create for our members. Between 2009 and 2019, PPL’s annual revenue more than doubled, from £129.6m to £271.8m, and we are confident the sector will continue to grow strongly once we have moved beyond the impact of Covid-19.”

PPL has made technological and operational investments over the last decade. The number of agreements PPL has with international music licensing companies also surpassed 100 during 2020 - it now has 105 agreements around the world.

Leathem underlined how PPL’s domestic operation puts it in a strong position to process vast amounts of international payments.

“The scale of our operation is large and that brings a range of investments in technology and data,” said Leathem. “It allows us to have better exchange rates for currency conversions, it means we've got very sophisticated tax [management].

“We have the machinery to do licensing in the UK for 35,000 recordings a week coming in. We've got to be able to match those and pay out – we paid 122,000 performers last year – so we’ve got a certain level of infrastructure. And then on top of that, you then try and provide the right level of key client service; you can grade your service sometimes depending on how much money is being generated. Overall, we believe we're very competitive in the marketplace.”

Broadcast and online income also held up well, declining by only 3.8% year-on-year to £82.3m in 2020, despite the challenges arising from the impact of Covid-19 on commercial radio. PPL’s commercial radio income fell as the fees it receives are based on a percentage of each station’s advertising revenue.

PPL’s television broadcast revenue grew during the year as a result of existing multi-year deals with broadcasters such as the BBC, Sky, and ITV.

While overall collections were down, PPL distributions reached a record £260.2 million in 2020 (up by 15.2% on 2019). More than 135,000 performers and recording rightsholders (either as members of PPL, VPL or another music licensing company) received at least one payment. That was another record amount and a 13% increase on 2019’s figure of 119,000.

To further support musicians, freelancers, music managers, live events staff and other music professionals whose livelihoods were severely impacted by the pandemic, PPL contributed £1.4 million to a number of hardship funds in 2020. These included those run by AIM, BPI, Help Musicians, the Music Managers Forum, the Musicians’ Union and Stagehand. This continued into 2021, when PPL provided further support to the MMF and Stagehand hardship funds.

“Particularly on the performer side, there was a real desire to do something to support the broader industry,” said Leathem. “Because so many are freelance – and if they're not in the recording studio and they're not playing live, then they're not working, they don't have a job.

“You need government really to do the main funding, but there were gaps in that funding. So there was that real desire for PPL to do more than it would normally do to try and help in that way.”

Leathem added: “The past year was one of the most challenging in PPL’s history with Covid-19 having a significant impact on our income. Despite these difficulties, I am proud of how the company rallied to support performers and recording rightsholders, as well as the wider music industry. It is a sign of the underlying strength of PPL and its staff that our business operated as near to normal during this time, paying out over £260m to over 135,000 performers and recording rightsholders, collecting the third highest annual total ever, and contributing £1.4 million to industry hardship funds.”