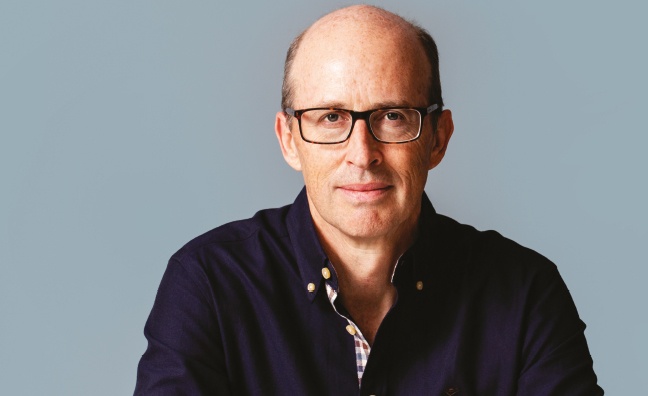 Could PPL and PRS one day merge operations?

It’s a question PPL CEO Peter Leathem addresses in the latest edition of Music Week. If it did happen, the two organisations would become one of the biggest PROs (Performance Rights Organisation) in the world based on combined 2021 revenue of just over £1 billion.

For comparison, ASCAP in the US collected $1.335 billion (£1.09bn) for songwriters, composers and publishers. BMI collected a similar amount in its fiscal 2021, while SoundExchange (a US counterpart to PPL for recorded music licensing) distributed $993m last year.

Of course, PPL and PRS already operate a JV for their public performance licensing of premises of 400,000 businesses that play recorded music - a smart move that ended the requirement (if not always the blanket acceptance) for two individual licences.

Four years on, the partnership that runs out of a separate HQ in Leicester has been judged a success. At the time, it was a huge initiative - a new IT system with a different team of staff in another city.

“It was a massive exercise – we had to transfer all the accounts of 400,000 business premises for the two organisations and put them into the same place,” said Leathem. “The first year was hard, but by the end of the second year – 2019 – we had recorded the best collections both PPL and PRS had ever achieved. That proved that, crikey, if it had done that well after two years, there was so much more we could improve and consolidate as the business gets more mature.”

The closure of businesses during the pandemic prompted PPL-PRS to pause bills for music licences, as the long-term relationship with licencees was viewed as more important than a temporary drop in revenue.

Peter Leathem spoke at the PPL annual general meeting this week to reassure rights-holder members about the overall outlook for collections. The chief exec, who has now spent 10 years in the top job, also revealed how the organisation is supporting the music industry’s post-Brexit lobbying efforts on new trade deals, including key measures to support rights-holders whose music is played in Australia, New Zealand and Japan.

PPL delivered a 12% year-on-year increase in revenues in 2021 to £252.8m, with all three revenue streams – international, broadcast and online, and public performance and dubbing – rising year-on-year. The results represented its second highest annual revenue total ever, after 2019’s £271.8m, and were up from £225.7m in 2020 – a figure impacted by Covid restrictions affecting revenue from many of its public performance and commercial radio licensees.

In theory, absolutely, PPL and PRS could look to merge in years to come

Now in its fifth year of operation, PPL-PRS is expanding in key areas.

Speaking at the AGM, Christine Geissmar, COO, said: “PPL-PRS saw significant growth in specific sectors, such as supermarkets and warehouses, who saw how music could enhance their environments. We also secured new licences from well-known high street retailers.”

Leathem explained how the work is continuing to drive revenue gains for the joint venture.

“We’re doing trials in nightclubs and public performance venues to see to what extent digital fingerprinting can assist us with identifying what music has been played in different venues,” he told Music Week. “We’re looking at how we link [the recording identifier] ISRC and [the musical work identifier] ISWC and how that is going to help with processes.

“We’re actively thinking, ‘What else can we work on? What makes sense to do together?’ It’s a better one-stop solution for businesses, government is less concerned and we’ve delivered good value for members because it will be cheaper to do it. And we think that economies of scale of working together to licence the broader community is going to be a good thing over the next five, 10, 20, 30 years.”

Looking ahead, and in light of the successful collaboration so far, Music Week asked Leathem about the prospect of a full merger.

“Everything is possible,” he said. “PPL and PRS, in theory, could merge, but you’ve got to try and work out what you are trying to achieve from that. Now, clearly, when you’ve got a high volume business, where you’re going to 400,000 premises for low amounts of money up and down the country, the business case makes sense to bring that together.

“But with your licensing of, say, TV – the BBC, ITV and so on – it makes a bit less sense to bring some of those things together, because your rights owners want to have control over pricing and the conditions you apply on use of [their] music. So in theory, absolutely, PPL and PRS could look to merge in years to come. But you’d need to go through and understand what you’re getting out of that and see how it aligns. We’re on a journey of picking things that make sense to do together and taking it from there.”

Subscribers can read the full interview with Peter Leathem here.