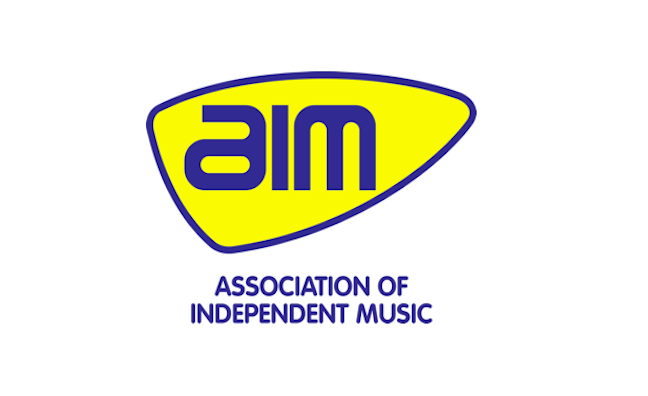 Anyone who attended Indie-Con 2017 will hopefully find it within themselves to forgive the whiff of cheese coming from that headline. Inspiration came to define AIM’s latest day-long conference, from the opening sessions on merchandise and consumer habits, through to the closing panel discussing funding applications.

In between came debates about breaking acts, grime, mental health, sending small labels global, forging to the top of the charts with an indie record and more besides. And the day’s main characteristic was that the whole thing unfolded with independent, collaborative spirit at its core. Here are the four key takeaways.

Newsflash: indie labels can still break bands. Consensus on a firm answer to a panel entitled How Do You Break An Act In 2017? was hard to come by, but we got there in the end.

Initially, the panel preferred instead - understandably - to debate the meaning of the words ‘break’ and ‘new’. Caroline SM, XL A&R and the bright young mind behind the label’s recent New Gen compilation, stressed the importance in using an artist’s vision to gaining traction. “If an act doesn’t have ideas about videos or artwork I would be less inclined to think they’re ready for a real campaign. When the artist engages it’s a lot better. XL come up with crazy sick ideas and the artist says, I don’t wanna do any of that. That’s what you want,” she said.

Her comment elicited applause among the panellists, before talk moved to what you can do with a small budget, the necessity (or not) of PR and the importance of a compelling narrative and, above all, great music. In the end, the panel agreed on the importance of momentum, story, fans’ desires and keeping an open mind to the various definitions of ‘breaking’ and ‘new’.

Yes, they said, it’s possible for indies to ‘break new artists’, look at Sleaford Mods, Stormzy (who Caroline SM stressed benefited from radio support) and Skepta. It seems the indie world does not subscribe in the slightest to the narrative that has surrounded a supposed lack of breaking UK talent of late.

Upstairs, BBC 6Music’s Tom Robinson quickly noted the relatively sparse attendance at Help Musicians UK’s mental health panel. It was because people are “scared” of the discussion, he suggested, but those in the room saw a thought-provoking exchange of views that just might spark the wider industry into action.

Robinson, Amy Studt, Lauren Aquilina and End Of The Road founder Sofia Genders spoke candidly about personal struggles with mental health. There was a palpable sense of importance in the room, which intensified when the University Of Westminster’s Sally-Anne Gross said bullying in the music business is “a massive problem”. In the closing exchanges – when HMUK’s Christine Brown sought proactive advice on how to wake the business up to the issue – Gross recounted the time a major label A&R, “told me it’s difficult for us to be seen as weak” in relation to mental health. “When mental health is linked to weakness you have a massive problem,” she continued, pointedly.

Cooking Up Something Good

At Indie-Con, everyone loves a good independent success story, and one of last year’s best was Passenger hitting No.1 with Young As The Morning Old As The Sea. New AIM CEO Paul Pacifico chaired a panel that ended with Cooking Vinyl’s head of marketing and product management Chris Farrow saying, “It felt really special, it was a feelgood No.1”.

Pacifico’s obvious passion for the story meant the team behind the campaign made it as illuminating as possible, from the importance of analysing fan habits and utilising YouTube to advertise, to Passenger’s Facebook live videos. And it was one such clip – uploaded late on the Wednesday of release week – that the panel agreed may have sealed the No.1. The singer, who was battling Bruce Springsteen for chart supremacy, uploaded a clip of a freshly-written song called Fighting For Number One With Bruce Springsteen. Watching it back, the hall laughed heartily, while Pacifico made a confession: “That was the day I bought the album”.

The afternoon’s grime panel rekindled memories of the NME-boosted grindie boom of 2006, when grime artists like Statik and Lethal Bizzle cosied up to Bloc Party, The Rakes and their peers. But it seems grime and indie really do mix, Spotify’s Austin Daboh, and BBC Radio 1’s MistaJam all stressed that an independent mindset has driven the genre since its inception around the turn of the century.

MistaJam spoke of “disenfranchised young people doing it for themselves” and highlighted the inaccuracy of perceiving grime as a sudden, overnight success. “We’ve been here for 13, 14 years,” he said, going on to stress how grime had shifted its dealings with majors for the better. “Skepta partnering with Red Essential for distribution and marketing is very different from what used to happen where a major would say, Here’s £50,000, now make a pop record.”

It was left to Daboh to speak passionately about grime’s growth. “Streaming has put a spotlight on just how big the genre is,” he said. “Technology has allowed artists to prove to people how well they’re doing. Spotify can see really early how popular an artist’s music is.”

He went on to emphasise the power of Spotify’s 50-song Grime Shutdown playlist, saying, “It’s able to affect mainstream charts, when a track is popular there’s a ripple effect. There’s a never-ending amount of space for us to support more grime music than ever.” It was fighting talk.