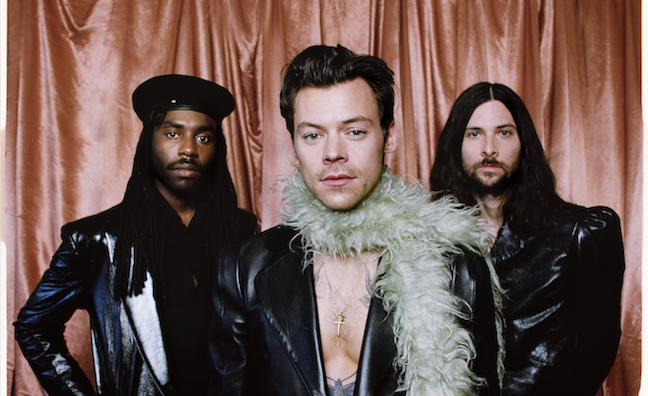 Harry Styles’ Fine Line was the biggest-selling music project of the last 12 months for Sony Music in revenue terms, followed by AC/DC’s Power Up, Luke Combs’ What You See Is What You Get, Doja Cat’s Hot Pink and Future’s High Off Life.

Following a Grammy win, Harry Styles was also No.1 for Sony for the first three months of the year. Fine Line was followed by The Kid Laroi’s F*ck Love (Savage), Foo Fighters’ Medicine At Midnight and Doja Cat’s Hot Pink.

Released in December 2019, Harry Styles' second album is still performing strongly and is pushing for another UK Top 10 finish this week. It has UK sales of 436,257, according to the Official Charts Company. Watermelon Sugar is on 1,306,163 sales.

Sony Music Publishing revenues for the fiscal year were flat at 156.9bn yen (£1.04bn). For the fiscal fourth quarter, revenues were up 7.8%.