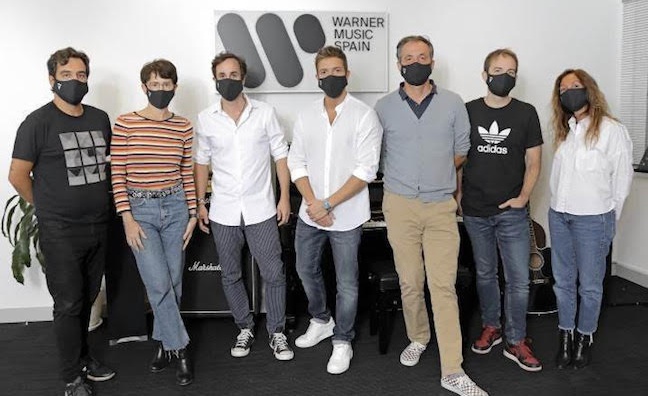 During his decade-long music career, the Malaga-born singer and songwriter has achieved more than 42 platinum album certifications and amassed over three billion YouTube views and two billion audio streams.

Last month Alboran launched Si Hubieras Querido, the first single from his forthcoming album, which generated more than 10 million streams worldwide within two weeks of its release. His fifth album, Vertigo, is released on November 6.

Pablo Alboran says: “I’m extremely happy to sign these new agreements with both my current label and publisher, it is very comforting to feel at home knowing that the teams will go the extra mile for you. This mutual confidence will enable me to grow as an artist – in all possible ways – and considering it has been practically 10 years since the release of my debut album, it makes me feel very proud of how far I’ve come.”

Guillermo Gonzales, president of Warner Music Iberia, said: “We’re extremely happy and proud to extend our agreements with Pablo. His commitment and dedication really set an example for all of us. Furthermore, the quality of his songs is both an inspiration and a challenge for us to live up to every day. It makes us feel very proud to have an artist and a songwriter such as Pablo within the Warner family.”

Santiago Menendez-Pidal, managing director of Warner Chappell Music Spain & Portugal, added: “Pablo is the kind of songwriter every publisher dreams of. He fully represents those things Warner Chappell Music stands for: unmatched talent, perseverance, and hard work. Pablo simply checks all the boxes and we are incredibly happy to extend our deal with him.”