Stem's Milana Lewis on artist finances, UK ambitions & why managers are key to their growth strategy 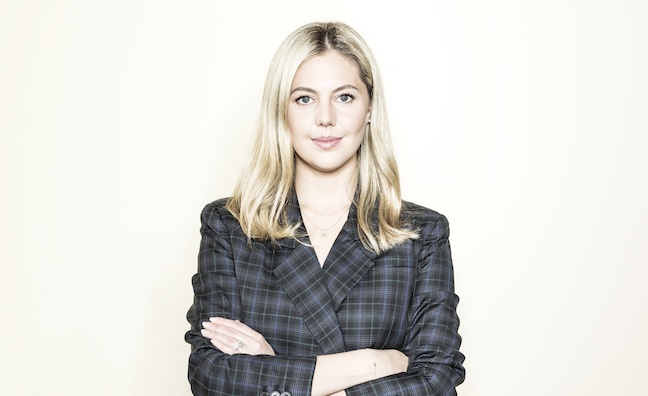 The new round of investment, led by QED Investors and Block Inc, will help fund the next phase of Stem’s growth with a range of tools to simplify royalty accounting for artists and labels. The firm is expanding by bringing in clients to its royalty platform who are not necessarily part of its music distribution network.

CEO and co-founder Milana Lewis is interviewed in the latest issue of Music Week about the ambitions for Stem. Here, in a bonus online version, Lewis talks expansion, artist finances and UK plans...

How will this investment make an impact at Stem?

“The head count is going to double if not triple with this capital. We've been operating with an incredibly lean team of under 30 people for the last seven years. People think of Stem as just a distribution company with some technology, when in fact the vision from day one has been to build that technology. With this capital, we're going to keep pushing forward on our vision, which is to provide those tools that we've built that do everything from reporting on trending data, financial data, managing all the payouts and splits, handling all of the transactions, to people that we don’t distribute.”

What are the growth opportunities for the company?

“It's not so black and white any more for an artist to either be signed to a major label for the rest of their careers, or be independent. Today what we're seeing is more artists becoming autonomous, where they might work with different label partners and different distribution partners for every single project. So our approach is to build tools that other labels can use, whether they're independent or part of the major label system, to create that dashboard to automate their payouts, to streamline the way that they financially report to and engage with the artists that they work with. We think over time, if we can get enough adoption on that, we'll be able to bring that reality to life.”

What kind of artists are key to this approach?

“I think it's the growing autonomous artists sector. I don't call it the independent sector, I think of it as the autonomous sector. A great example is Childish Gambino. He's worked with major labels, but he's also put things out independently through Stem, as well his earlier work, so we work a lot with known artists who are able to carve out projects and do this independently.”

Are you actively targeting the management community?

“Truly, I would say that the biggest growth factor is what I think of as the manager as the label. We're starting to see more managers providing label services and creating their own label entities where they're really supporting their artists. The reality is that the tier of artists we're working with, which is not the DIY sector, they often have management teams. So it’s about how do we preserve the integrity of the experience for the artist, while fully acknowledging that the people using the application - whose life we’re making easier and streamlining - is really the management team around the artist. We call it being artist-centric - the artist should be at the centre of their business.”

How is your approach different to other distribution and tech companies who see scalable opportunities?

“The game we're playing is entirely different from most people in our space. Like you said, everyone else in our space is playing the scale game - they're fighting for market share. They're internal metric test is for records to chart - or how much of the streaming market can their roster represent? We don't care about any of that to be honest. The thing that we care the most about is how many people can we pay, and how much transaction volume can we process.”

Can technology reshape the connection between artists and their audience?

“There's a huge value gap between what we believe consumers are willing to pay for music, and what the streaming services are charging. That value gap has become increasingly more evident, as we're seeing more and more fans buy NFTs. The amount of money a fan is willing to pay to own a piece of a song, or to really back an artist they love, is way greater than what that artist has seen through streaming. That's the original patronage model, and it's one that works. So what I hope happens is that, as there are more platforms that create a different level of engagement and ownership with music, we're going to change the pricing structure in a way that really is able to capitalise for artists on the products they create.”

Is Stem looking at expanding into music publishing royalty distribution?

“We don’t touch much of the publishing, we do focus mostly on the master. So anyone who's participating in the master side, we do pay out to. The minute we receive the money, we split it out and pay everyone concurrently. I think publishing is a special beast, someone else is going to do a better job and we'll partner with them on that. There's enough for us to bite off and get right on the recording side.”

Finally, how important is the UK for Stem?

“Yeah, it's an increasingly growing market. We've had some good success with a couple of artists and managers that we work with out of the UK, including Boy George, Kate Nash and Waves Rush In. Our team is largely based in the US, although our client base is much broader than that. The UK is very much a growth area for us in the upcoming years. It's a place where we want to have boots on the ground and develop a team.”