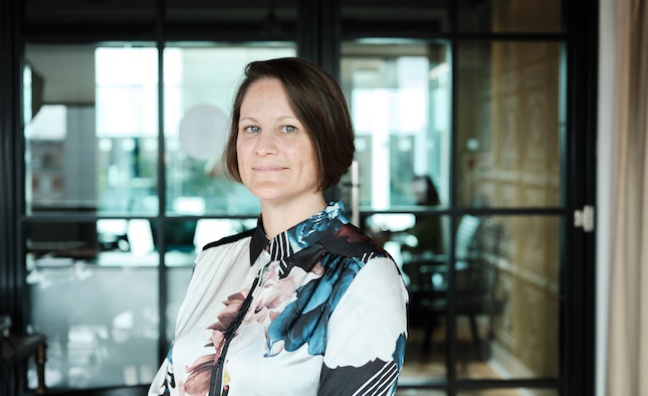 Warner Music UK has announced that Charlotte Saxe will be promoted to SVP, legal and business affairs from October 3. Saxe’s promotion comes as James Radice retires from the company after more than eight years.

Saxe said: “I’m excited to step up and take on this new role and challenge. It’s a fascinating time for legal and business affairs teams across our industry as the deal making landscape evolves. We are privileged to have some of the most diverse and exciting artists in the industry on our roster, and I look forward to working with our labels, and alongside our brilliant legal and business affairs team, to sign and support the next generation of talent. I want to thank Tony for this fantastic opportunity and I’m very grateful to James for all his guidance over the years.”

James Radice added: “I’ve had an amazing time at Warner Music at a time of enormous change in the music industry. It’s been a privilege to help grow our roster and ensure that we continue to invest in the most exciting creative talent coming out of the UK. It’s great that Charlotte is stepping up to lead the team when I retire and I know that she’ll do an incredible job.

“I’d like to thank Max Lousada for bringing me into the company, and Tony Harlow, for his support and friendship over the last few years as we navigated through the craziness of the pandemic and stayed ahead of the curve in our fast-changing industry. I’d also like to thank and pay tribute to the Warner Music UK business affairs, A&R co-ordination and ADA UK teams. The best in the business across the board!”

Tony Harlow, CEO, Warner Music UK, said: “It’s a big deal for Warner Music UK, and for me personally, that our friend and advisor James Radice has decided it’s time to stand down. Throughout his career, James has added calm and consideration to tricky situations and negotiations. We wish him well.

“But we’re not worried, because we have Charlotte Saxe to take us forward. Charlotte has already made an outstanding contribution to the business and been an incredible force behind Atlantic Records’ management team. Now, as she takes over leadership of our whole Business Affairs team, her pragmatism and determination will ensure that we continue forward without missing a beat, and her intelligence and strategic brain will help play a part in shaping tomorrow’s business as profoundly as James has shaped today’s. We all wish James a well-deserved retirement, and we look forward confidently to what Charlotte will bring to the role.”