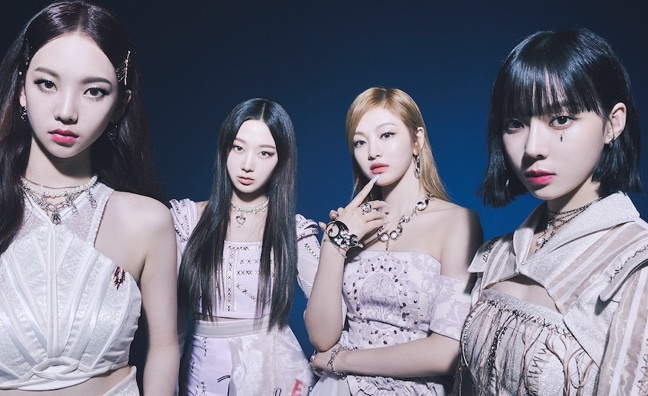 Warner Records has signed a global partnership with the band Aespa and SM Entertainment.

The deal will begin with msjor the releasing the K-Pop group's single Life’s Too Short on June 24, followed by their second mini album, Girls, in July.

The band, who boast more than four million monthly Spotify listeners, have also been named as Apple Music's latest global Up Next artist.

“We are thrilled to be welcomed into the Warner Records’ family and so grateful to have them on board as we embark on our next chapter,” explained Aespa in a statement. “We are excited for what’s in store, including the release of our new project, Girls - The 2nd Mini Album this summer and being named Apple Music’s Up Next artist!”

“Karina, Winter, Giselle and Ninging of Aespa have already made an impact around the world under the leadership of SM Entertainment founder and chairman Soo-Man Lee and his incredible team,” they said. “We’re honoured to welcome them to the Warner Records’ family as our first-ever K-Pop group and look forward to achieving unprecedented success together.”

SM Entertainment, Korea's largest entertainment company, has developed the careers of a number of leading K-Pop stars before working with Aespa.

“We are well aware of Warner Records’ long history of success with global artists, and we are grateful for their belief in Aespa’s rising future,” explained SM Entertainment's CEO Sung Su Lee and COO Young Jun Tak. “Together with Warner Records, we are confident that Aespa can continue to showcase groundbreaking music and grow into a global group.”