All the winners from the Live Music Business Awards 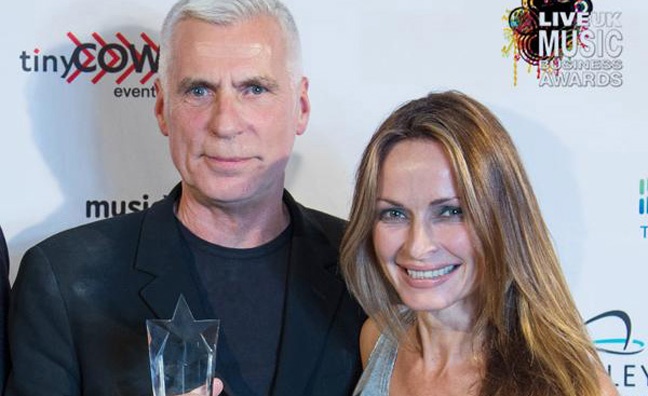 Isle Of Wight Festival promoter Giddings received the award from one of his clients, Sharon Corr. Video messages were also played from Iggy Pop and Pharrell Williams. Giddings also claimed the Best Festival (cap. 40,000+) award at the event, held on Wednesday, October 12, at the Radisson Blu Portman Hotel in London's West End.

Other winners included SJM, which took National Promoter Of The Year and Artist Manager Of The Year for Simon Moran, Conrad Murray and Dave Salmon, who represent acts such as The Stone Roses, Courteeners and Blossoms. ITB's Steve Zapp, who represents Biffy Clyro and Courteeners, took the Agent Of The Year prize. DHP's Splendour and Dot To Dot festivals both claimed awards, while its Oslo Hackney space won Best Venue Teamwork: Club.

London's The O2 took the arena gong and Troxy the theatre/concert hall category. Cato Music's Glen Rowe was named Tour Manager Of The Year for his work with Muse. The awards were preceded by the Live UK Summit at the same venue.