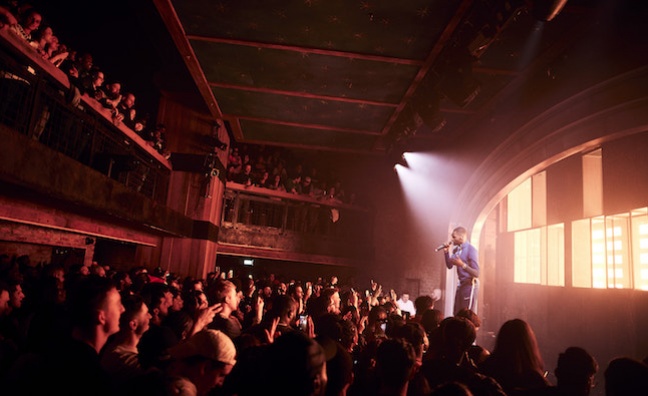 Dave performed the first ever gig at the Lafayette venue in London’s King’s Cross.

Apple Music subscribers had a chance to get tickets to the secret show at the weekend.

The venue has been launched by Mumford & Sons member Ben Lovett, a Music Week cover star last month. Lafayette is a sister venue to Lovett’s Omeara.

The 600-capacity venue officially launches on Wednesday (March 4) with a sold-out gig from Grouplove. It has also lined up gigs from Blossoms and Grammy winner Robert Glasper.

Following his BRIT win for Mastercard Album of The Year, Dave played Lafayette as the first live show for the Apple Music Agenda playlist and Beats 1 show. The UK rapper said onstage that it will be his only UK show of 2020.

Dave broke the record for a UK artist’s first week streams on Apple Music in October 2018 with Funky Friday. The streaming platform first championed Dave as the UK’s New Artist of the Week in 2016.