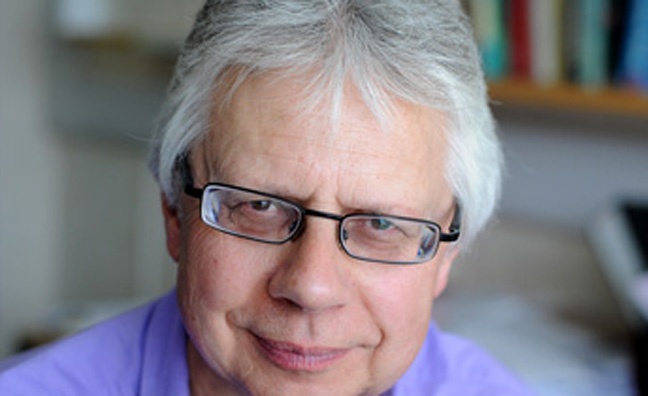 A coalition of more than 30 music business figures has welcomed Professor Michael Waterson’s report on the secondary ticketing sector.

Economist Waterson (pictured) made a series of recommendations including that a lead body, such as National Trading Standards, carry out a compliance investigation to ensure enforcement action is taken if rules outlined in the Consumer Rights Act (CRA), such as the publication of details such as the face value of the ticket, the seat number and any applicable restrictions, continue to be flouted by online sites. This could require dedicated funding for a limited period, he noted.

Management of acts such as Paul McCartney, Arctic Monkeys, Mumford & Sons, Radiohead, One Direction, Ed Sheeran, Noel Gallagher, and agents from CAA, ITB, UTA, Coda, X-ray Touring and 13 Artists have added their name to the statement, which reads: "Professor Waterson exposes a dysfunctional and under-regulated ticketing market,” said the statement. “His review calls on Government to enforce the law, and for secondary ticketing sites to apply the law and show responsibility. Fans must have clarity and fairness.

“The music business has a significant role to play in driving change, and we are committed to work with partners to promote pro-consumer practices and technologies.”

They are now calling on the Government to act. “Above all, we need a Consumer Rights Act that is fit for purpose, and to have the law on ticket resales enforced by Trading Standards.”

“It is now vital that the Government responds to ensure compliance with the Consumer Rights Act and that all relevant legislation is enforced.  It must also be prepared to step in once more if self-governance measures fail."

He added: "Ideally, we would like to have seen the report go further to protect fans. It acknowledges that profiteering prevents consumers securing a ticket, yet calls for evidence of manipulation before recommending a price-cap.

“The report further blames event organisers for creating the conditions for the secondary one, but doesn’t consider that they are seeking to make music, arts and sports events affordable.

“In our view the only way fans can be properly protected is through a blanket ban on resale for profit - as has been implemented in other markets around the world, and was successfully achieved for London 2012.”

Sharon Hodgson, MP for Washington and Sunderland West and co-chair of the APPG on Ticket Abuse, said: “It is welcome that we have seen some solid recommendations come out of the Waterson review today, which clearly is calling for fans to be put first within the market, and not be an afterthought. This is a step in the right direction in our cross-party campaign.

“For too long, fans have lacked consumer protections which would reduce the underhand actions of profiteering and fraudulence in the secondary market which sees fans ripped off, that is why it is welcome that Professor Waterson has called for the enforcement of the Consumer Rights Act – which we know has been continuously flouted since it was enacted last year – and for the onus to be on the secondary sites to ensure sellers comply with the transparency measures, instead of washing their hands of this responsibility.

“Now that Professor Waterson has presented his findings to the Government and Parliament, it is time for the Business Secretary and Culture Secretary to ensure these actions are taken forward, and our group of cross-party Parliamentarians will be pushing the Government to make good on these recommendations in the coming months and years.”

Jonathan Brown, of the Society Of Ticket Agents and Retailers (STAR), said: “STAR welcomes and supports these efforts to safeguard the future of this hugely important industry.”

The four main secondary ticketing sites – Get Me In!, Seatwave, StubHub and Viagogo – have repeatedly argued against the need for regulation. “We welcome Professor Waterson’s recognition of the benefits for consumers from the secondary market and his decision to reject further legislation at this stage, including price caps and any general resale bans or bans for ‘crown jewel’ events,” said a StubHub spokesperson.

“We also welcome the suggested action on bots and the other measures which are directed towards the primary market.  But we are concerned that there are still insufficient legal safeguards to stop event organisers using row and seat number details to cancel without compensation tickets offered for resale. Transparency should not come at the expense of people’s right to resell their tickets.”