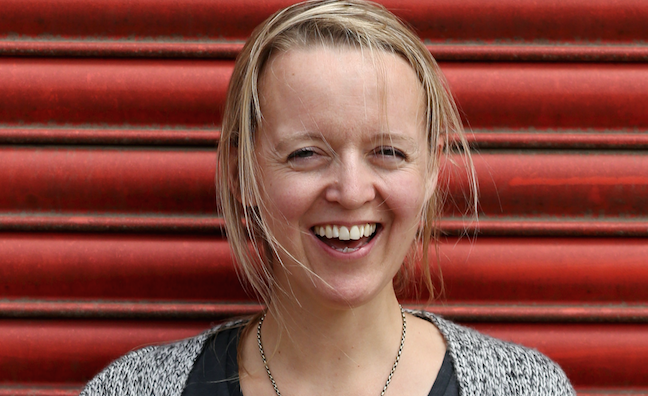 Glastonbury organiser Emily Eavis has promised a new Arcadia show for 2019, as the pyrotechnics specialists prepare to stage their first standalone festival this weekend.

Eavis told Music Week that Arcadia London, which takes place at London’s Queen Elizabeth Olympic Park from May 5-6, is one of the festivals she plans on attending this summer, as Glastonbury takes a break.

“We feel really proud,” said Eavis. “They’re amazing, the Arcadia boys, they’re so creative. We’re also working on a new show for Glastonbury 2019 with them at the moment that’s going to be unveiled soon.”

Arcadia co-founders Pip Rush and Bert Cole previewed their inaugural standalone event - where Rudimental, Leftfield and Groove Armada feature on the line-up - in a recent interview with Music Week.

Looking ahead to the future, Rush said: “We’re always creating new shows and new performances, going into our 11th year we’ve got some quite major plans to shake things up again.”

Rush and Cole first took their show – which sees structures made from repurposed military machinery used for dance music events – to Glastonbury in 2008.

The spider, its most famous incarnation, draws the best names in electronic music to play to thousands of fans crammed beneath its fire cannons and dancers.

Rush told Music Week the West Country pair had been attending Glastonbury “since we were kids” and were introduced to Michael Eavis through Rush’s brother Joe, who co-founded The Mutoid Waste Company.

“Michael believed in us as a couple of kids with a stupid idea and a jet engine that we dragged out of a bush somewhere,” Rush said. “He started supporting us, and we were travelling round doing festivals, it started growing and we’ve been coming to Glastonbury once a year and putting it all together.”

Arcadia’s team is on site at Worthy Farm for a month around the festival. “It’s a chance to get our crew together, live in a field and play around with new stuff. We treat is as a special tribal gathering,” said Cole.

Turning attention to Arcadia London, Rush described it as “an opportunity for us to stand on our own.”

“We’ve got control of the whole space, the whole environment,” Rush added. “There’s a moment as dusk falls where we’re going to turn off everything on the whole site and get the entire crowd under the spider for the metamorphosis show and I think that will be a real transitional moment. Little things like that we can play with are really exciting.”