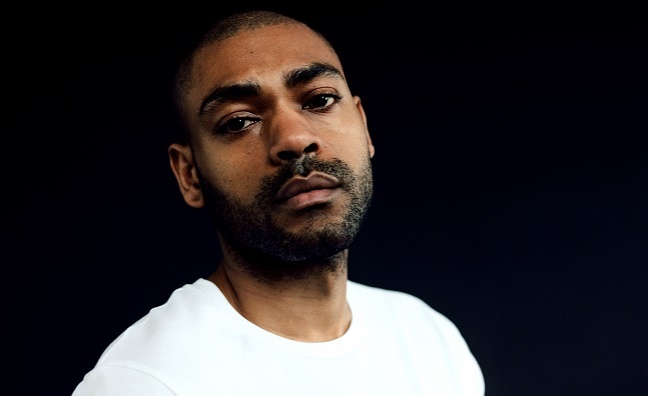 Kano’s manager Richard Thomas has said that the rapper’s new album Hoodies All Summer is his “most complete” record yet.

Kano, real name Kane Robinson, starred on the cover of Music Week earlier this month to launch the campaign with an interview featuring contributions from Thomas and Parlophone co-president Nick Burgess. The MC detailed the inspirations behind the album and delivered a state of the nation address on the current state ok UK rap.

Since then, Kano has released a new single and video, Pan Fried, featuring Atlantic newcomer Kojo Funds, who also hails from East London.

Out today, Hoodies All Summer follows 2016’s Made In The Manor, which received BRIT and Mercury nominations. In reaching No.8, it scored a chart peak for Kano and has 81,106 sales so far. Kano tours the UK in October.

Here, in an extract from our chat with manager Thomas, the Endless Entertainment boss weighs up just where the rapper is in his career as Hoodies All Summer drops.

Why is now the right time for Hoodies All Summer?

“The subject matter is the main reason. The last record was very much inwards-looking and personal; this one is about what’s going on in the world right now, so it involves everyone. They're much more universal themes, institutionalisation, racism, society breaking down, kids killing kids. He’s the only one eloquent and articulate enough to be able to make that digestible for his audience.”

“It’s always hard, everyone wants you to rush back in after you’ve had some success to write that next record. The way Kane writes, he’s got to be able to live a bit, that’s what he writes. Otherwise what would it be, talking about 18 months of touring on the road? That’s hardly very interesting. He went and did a little bit of living, then he went and shot Top Boy for a few months, then got back in the studio and finished the record. He worked with Jodi Milliner and Blue May. They worked on the last record, Blue has been MD of our band since 2007 and Jodie has been in the band since then as well. As the relationship’s grown it’s become much more integrated. On this record it’s solely the three of them.”

We've always had quite a diverse musical palette

What was your role in the process this time?

“I’m the closest after those three, I’m used as a sounding board. A bit of A&R, I suggest features, put ideas together. On this one I played a lot lesser role in the A&R capacity, whereas I’ve been heavily involved in other records.”

Talk us through the features on the album…

“We’ve always worked with people we’ve had some kind of synergy with, it isn’t just a case of doing the features game by numbers, which to be fair 90% of our world do, it’s like, ‘OK what’s hot, two plus two, crack on.’ No, ours has got to be about a mutual respect, then if there’s a friendship there, even better, that’s what you’ve got with D Double E and Ghetts, that goes back nearly 20 years. You’ve got Kojo Funds, a Canning Town boy, there’s a relationship that extends beyond music. Popcaan we’ve worked with a couple of times, Kane really has a genuine respect for him. The record has got a heavy tinge of Jamaica on it, in the samples used, there’s always going to be that dancehall influence. That was the same from record one [2005’s Home Sweet Home], he’s always going to have that heritage level.”

How’s it been working with the new team at Parlophone?

“Miles Leonard and his team were the people who signed us, and we had great success with the Made In The Manor project. I have to say they new team have been absolutely phenomenal, they’ve supported us at every level, whether it be the making of the record, videos, marketing… I really couldn’t ask for a better team.”

How would you sum up Kano’s progression?

“He has grown in [terms of] experimentation, but if you look at record one, when people were boxed in going, ‘he makes grime music.’ To be fair, we were working with Paul Epworth, Fraser T Smith and Diplo, they couldn’t be any further apart in their styles. But then we had the underground stuff with Terror Danjah, DaVinChe, we had that grime thing as well. We’ve always had quite a diverse palette whether we’re making grime, hip-hop, rock or jungle-influenced music; it’s always been there. Now, we’ve learned to craft it into one continuous piece where it really does work together, whereas before it might have felt like snapshots. This record feels the most complete, definitely.”