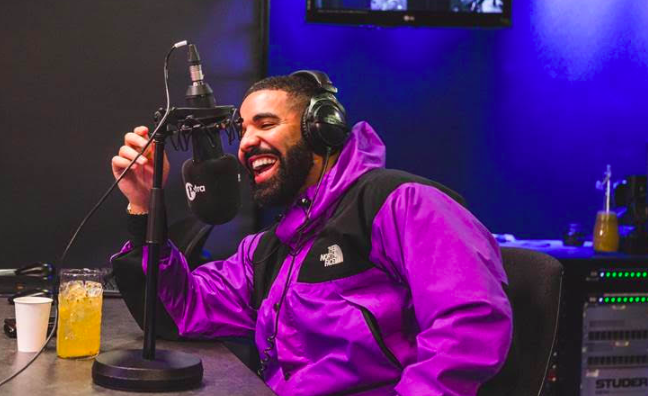 Calver, who became the first female host of a show previously presented by Tim Westwood and Charlie Sloth in January, is currently touring the UK with Drake.

Marking the first time the Canadian rapper has hosted on 1Xtra, the show is broadcast on Saturday, April 13 from 9-11pm.

Calver starred on the cover of Music Week earlier this year, as we charted her rise through the music industry in an extensive interview.

The DJ, who maintains a “close working relationship” with Drake, revealed how she first started working with him after filling in with a DJ set.

“We became affiliated through a DM from one of his managers,” she explained. “Fortunately, someone was too drunk to DJ at Skepta’s party, so I had to fill in and then did a mix for OVO. It’s massive. It was a portal to break UK artists over there [USA and Canada].”

Calver is currently working with Oliver El-Khatib, who co-manages Drake, and his team on the soundtrack for Top Boy. “They respect me a lot, my ear, my opinion. It’s a good working relationship and a good friendship; we’re doing a lot of stuff together behind the scenes. They’re really cool,” she said.

Click here to read Calver on the new generation of music business talent.