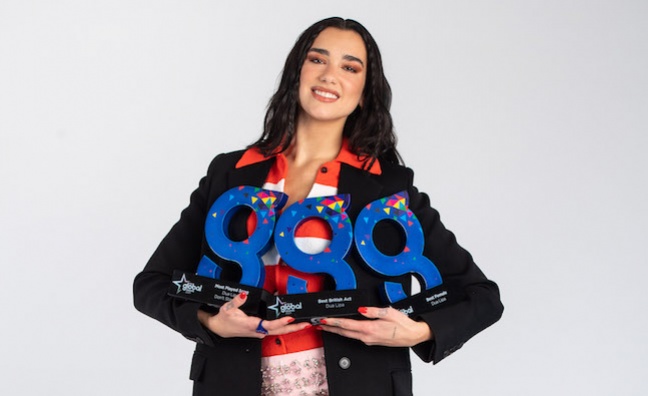 Dua Lipa has picked up three trophies at the Global Awards 2021.

Congrats to @DUALIPA as she becomes the most celebrated solo artist at #TheGlobalAwards, winning six trophies over four years! Here’s #DuaLipa reacting to the news that she's won this year's Global Awards for Best Female, Best British Act, and Most Played Song ???????????? pic.twitter.com/OIGEwU2p8a

Little Mix were honoured with the Best Group Prize, which they previously won at the inaugural Global Awards in 2018 and again in 2019. Their win sees them join Dua Lipa as the most recognised artists in Global Awards history – Little Mix and Dua Lipa have both won six trophies over four years.

.@LittleMix are now the most celebrated artist at #TheGlobalAwards alongside Dua Lipa, winning six trophies over four years! Here’s how the Best Group for 2021, #LittleMix celebrated the news. ???????? pic.twitter.com/z57gXw5Ej5

The Global Awards brings together Global’s radio stations – Capital, Heart, Smooth, Classic FM, LBC, Radio X, Capital Xtra and Gold – to honour the biggest stars of music, news and entertainment. With the awards ceremony unable to take place this year, Global revealed the 2021 winners on air, online and on Global Player to fans.

BEST INDIE ACT
Nothing But Thieves