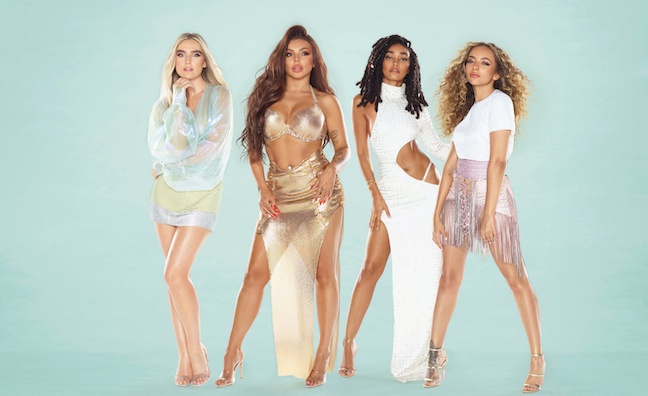 Little Mix are at No.1 for the first time since 2016 with their single Sweet Melody.

Sweet Melody is Little Mix's fifth No.1 single. It’s also the group’s first chart-topper since moving from Syco to RCA within Sony Music. Little Mix last made No.1 with Shout Out To My Ex in October 2016.

RCA has now opened its No.1 account for 2021, following its success during the past 12 months as the biggest streaming label of 2020.

Sweet Melody’s 31,186 sales propelled it from No.9 to No.1, with a comfortable lead over Ed Sheeran’s one-off single Afterglow (Asylum/Atlantic) on 25,725 sales. Sweet Melody has sales to date of 325,588, according to the Official Charts Company.

While Little Mix’s sixth album, Confetti, lost out to Kylie Minogue in the race for No.1 in November, it’s been a strong Q4 performer and now looks set to continue streaming into 2021. It finished 2020 as the 29th biggest album of the year and was the third biggest seller during Q4.

US rapper CJ moved 14-3 despite a week-on-week sales decline for Whoopty (Warner Records), which had 23,412 sales.

Get Out My Head (Polydor) by Shane Codd moves up 16 places to No.6 - his first Top 10 hit. Meduza’s Paradise (Island/The Cross) feat. Dermot Kennedy hits a new high at No.10 with a climb of 19 places.

The previous week’s No.1, Last Christmas by Wham!, joined the exodus of festive music from the charts.

In the albums chart, Taylor Swift’s Evermore (EMI) returned to No.1. In a week of slow sales, the companion album to Folkore only required 7,330 sales to finish ahead of Harry Styles’ Fine Line (Columbia), though No.2 was a new peak for the 2019 release.

After a huge 2020 for Harry Styles, the singer and his label will be hoping to finally get the record to No.1 early this year. It has sales to date of 368,428 and was the second biggest album of 2020 after Lewis Capaldi’s Divinely Uninspired To A Hellish Extent.