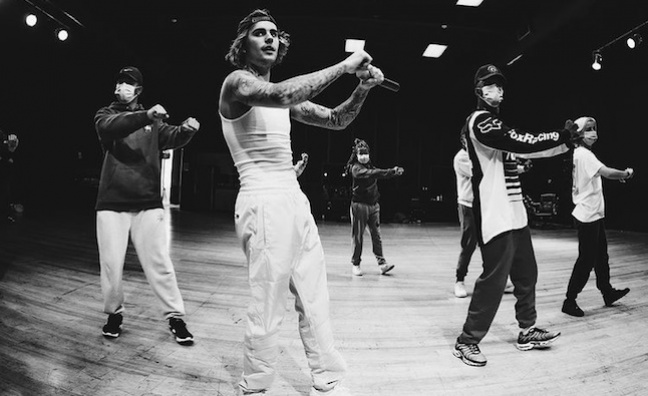 Justin Bieber has partnered with T-Mobile on a New Year’s Eve livestream of his first full-length, live concert since 2017.

In addition to the initial airing live on Thursday, December 31 (10.15pm ET), fans globally will also have access to two additional re-airings on Friday, January 1 (including 8pm GMT).

The New Year’s Eve livestream features a five-piece band along with the crew of dancers who have performed with him since 2010’s My World Tour. It will be staged in an “iconic location”, according to a statement.

Bieber will perform new single Anyone during the $25 ticketed livestream. He is currently at No.8 in the UK singles chart with his Amazon Original cover of Rockin' Around The Christmas Tree, along with further entries including his Shawn Mendes collaboration Monster.

T-Mobile customers and purchasers are able to watch all three show airings.

"I've worked with T-Mobile for a long time — they’re such a fun brand, and we’re working on more surprises to watch out for during this special night,” said Justin Bieber. “I can’t wait to partner on this epic New Year’s Eve concert with them, and give everyone a safe way to kick 2020 out the door, together."