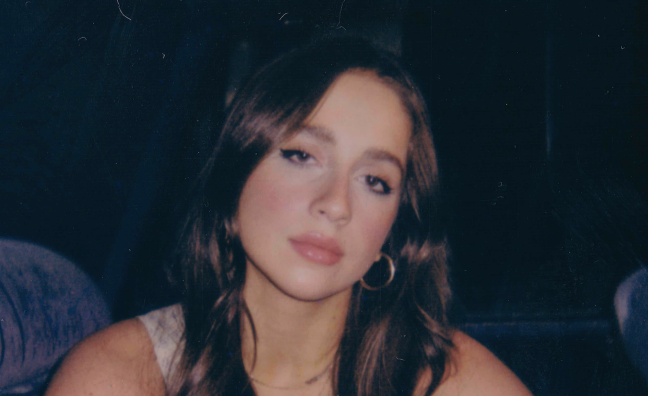 McRae scored a big hit this year with You Broke Me First, which has over 500 million streams worldwide and peaked at No. 3 in the UK. The star has over 2.8 million subscribers and over 325 million video views on YouTube, plus nearly 1 billion combined on demand streams to date.

Speaking about the deal in a joint statement, Sony/ATV creative managers, Mya Hansen and Danielle Middleton said: “Watching Tate grow has been amazing – she has propelled her career in the midst of a global pandemic, all while finishing high school. We have no doubt that she is on her way to becoming a global superstar, and we are thrilled to be a part of her journey as a songwriter and artist.”

Sony/ATV senior vice president, creative Jennifer Knoepfle added: “Tate is an extremely talented and driven individual. She is a triple threat as a songwriter, dancer and singer. We are so happy to partner with her as she continues her rise.”

McRae was recently the youngest musician on Forbes’ 30 Under 30 List for 2021 and has claimed one of YouTube’s ‘Artist On The Rise’ spots, a Vevo DSCVR artist nod and secured MTV’s Push Artist back in July.

Speaking about her deal, McRae said: “I’m super excited to be signing with Sony/ATV! I’m very grateful to have found such an awesome team.”

Dirk Hemsath, CEO, Hard 8 Working Group, added: "We started working with Tate when she was 15, which was only 18 months ago, and even then we knew she was an accomplished dancer, a great singer and a fantastic songwriter. Myself and my management partners David Conway and Matt Feldman couldn’t be happier to be working with Jon, Jenn, Danielle, Mya and the team at Sony/ATVsaid Dirk Hemsath, CEO, Hard 8 Working Group.