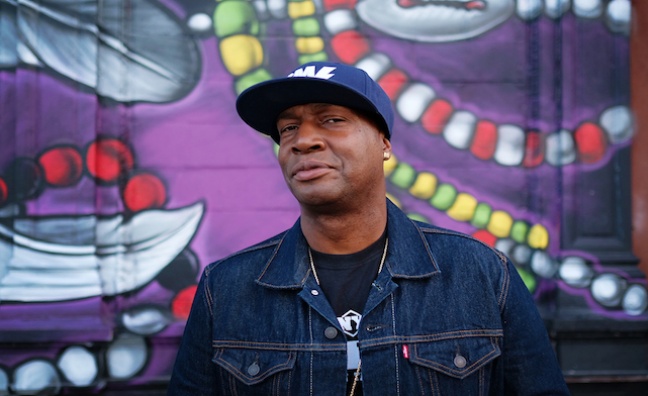 Each Laureate will receive prize money of one million Swedish Kronor (approx. £86,000). The Awards – now in its 28th year – will be presented at a gala ceremony and banquet at Stockholm’s Grand Hôtel by His Majesty King Carl XVI Gustaf of Sweden on Tuesday June 11. The event will be broadcast live on Swedish national television (TV4) at 8pm CET and can be viewed throughout Europe via TV4 Play.

Speaking about the announcement, Grandmaster Flash – aka Joseph Saddler – said: “It is such an honour, because a lot of times in our culture, what we do as DJs gets overlooked. So for these people to say, lets give this to someone who doesn’t necessarily use a microphone as their gift… For me to be picked out of so many people, I am so, so deeply honoured.”

Anne-Sophie Mutter said: ”It is a huge honour to be in this illustrious group of musicians who have received the Polar Music Prize. I’m deeply honoured and humbled and I can’t wait to come to Stockholm and meet the other recipients.”

Whitney Kroenke, co-founder of The Playing For Change Foundation, added: “This is incredibly humbling and mind-blowing - we are ecstatic. We started the project so that musicians that would not otherwise be seen or heard, would have the chance to express themselves and be recognised.  To be in the company of people that have made us all love music for so many years, is truly an honour.”

The Polar Music Prize Award Committee is an independent 11-member Award Committee which selects the Laureates. It receives nominations from the public as well as from the International Music Council, the UNESCO founded NGO which promotes geographical and musical diversity.

Speaking about this year’s Laureates, Marie Ledin, managing director of the Polar Music Prize, said: “We are delighted to honour three Laureates this year, only the second time we’ve done so in our 28 year history. In Grandmaster Flash, Anne-Sophie Mutter and Playing For Change, we have three spectacular Laureates; we are all looking forward to welcoming them to Stockholm and paying tribute to their work and talent at the award ceremony on 11 June.”

Last year, Metallica and The Afghanistan National Institute of Music (ANIM) were unveiled as the winners of The Polar Music Prize 2018.