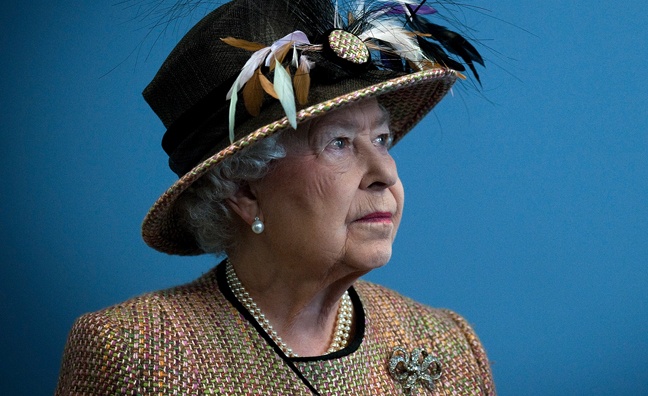 Sir Lucian Grainge, Elton John, Paul McCartney, Janet Jackson, Dame Shirley Bassey, Stevie Nicks and Mick Jagger are among the prominent names in the music industry to have taken to social media to pay tribute to Her Majesty The Queen.

News of the passing of Queen Elizabeth II, aged 96, was confirmed on September 8 – she was the UK's longest-serving monarch, reigning for 70 years.

The Queen died peacefully at Balmoral this afternoon.

The King and The Queen Consort will remain at Balmoral this evening and will return to London tomorrow. pic.twitter.com/VfxpXro22W

The 2022 Mercury Prize ceremony was cancelled following the announcement that the Queen. Today, BBC Radio 2’s live music event scheduled for this month has also been cancelled.

You can read a selection of the tributes below

“Today is a tremendously sad day. On behalf of all of us at Universal Music, I send our deepest condolences to the Royal Family on the passing of Queen Elizabeth II.”
- Sir Lucian Grainge, Chairman and CEO of Universal Music Group

May you Rest In Peace Queen ???? pic.twitter.com/xpnIHbxmy6

We are deeply saddened at the news of the Queen's death. Putting public service above all else, she was a role model to millions across the world. Our thoughts are with the Royal Family and all those whose lives she touched over many years. May she rest in peace. https://t.co/JwSBdO5DvP

Following the news of the passing of Her Majesty the Queen, Music Venue Trust sends their heartfelt condolences to the Royal Family at this time.

We pay tribute to the Queen's leadership and commitment to music during her long reign.

She showed support for music makers in many ways from appointing the first female Master of Queen's Music, inaugurating The Queen's Medal for Music & recognising creators in the Honours. https://t.co/TKzRfLakHZ

It is with great sadness that we have learnt of the death of Her Majesty The Queen. We were truly honoured that Queen Elizabeth II was our Patron. Everyone at the Hall will feel her absence keenly. pic.twitter.com/g5GqgEY4HV

The Queen was the longest-serving Monarch in British history and did so with grace.

For my whole life Her Majesty, Queen Elizabeth II has always been there. In my childhood I can recall watching her wedding highlights on TV. I remember her as a beautiful young lady, to the much beloved grandmother of the nation. My deepest sympathies are with the Royal family. pic.twitter.com/3JLILZDKwK

I mourn with my country the passing of our greatest Queen. With a heavy heart I say it is devastating the thought of England without Queen Elizabeth II pic.twitter.com/JZYXGRz2hb

The occasions I had the honour of being in the presence of Queen Elizabeth II, her energy, compassion and aura had a most singular brilliance. I was, and am, in awe. My deepest condolences to family and friends. Rest in Peace.

We are deeply saddened at the news of the Queen's death. Putting public service above all else, she was a role model to millions across the world. Our thoughts are with the Royal Family and all those whose lives she touched over many years. May she rest in peace. https://t.co/JwSBdO5DvP

It has been a devastating 48 hours. My brother Don passed on Tuesday at 94 and today Her Majesty Queen Elizabeth II at 96.

Like Don, the Queen has been a presence all through my life as a great unifier. A shining star that will never fade in our hearts and souls. pic.twitter.com/9FKYrQQ3kN

We extend our heartfelt condolences on the passing of Her Majesty The Queen.

Throughout her reign, she was a passionate champion of the arts and music in the UK and around the world. pic.twitter.com/n0fbPYqCqW

Hard to imagine this country without you. I will tell Arthur all about you, all the time. Goodnight, Your Majesty x pic.twitter.com/lZmifnRlMQ