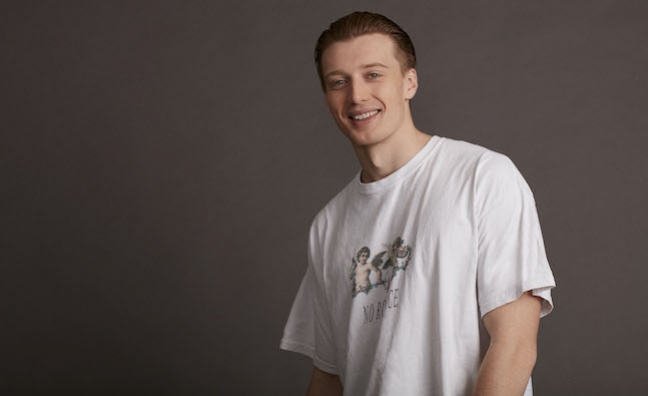 After a couple of years hosting the Radio 1 Indie Show, Jack Saunders is about to step up his efforts for new music with the Future Artists show. The first edition airs at 10pm tonight (September 1).

It’s part of a strategy to further support labels’ work on new artists at Radio 1, implemented by recently appointed station head Aled Haydn Jones. The schedule revamp for specialist shows has been welcomed by promotions execs.

Radio 1’s Future Artists With Jack Saunders will be a multi-genre programme that airs on Monday to Wednesday in place of the Indie Show, which will continue every Thursday at 10pm. Annie Mac’s Future Sounds moves forward to 6pm, starting with the Hottest Record In The World.

Here, Jack Saunders takes us inside his vision for the new show and looks at the future of alternative music…

What are the plans for the Future Artists show?

“The spectrum of music that we can play is broadened, which is the most exciting thing about it. We want to try and keep the show as similar as possible to [the Indie Show] by just adapting features that we have already – we don’t want to throw the listener off too much. I think it's going to have a lot more impact on the music industry and the breaking of new artists, rather than the actual listeners. We’re just going to have to change our focus a little bit towards the newer artists.”

What do you want the new show to achieve for Radio 1?

“What I would really love to do on the show is actually prove to people that genre doesn't particularly exist any more. I think that's one of the big reasons that Aled has made this change, and we’ve had numerous discussions on this. Don't get me wrong, indie music, alternative music, that is my heritage, that's what I grew up on. But the fact of the matter is that in 2020 and going forward, genres just don't exist like they used to. Radio 1 has to reflect that, and especially within its new music shows. Otherwise, it's just going to cut off a whole host of brand new, exciting talent. So for anyone who's going to be listening, they're going to get a whole range of diversity within there.

“Maybe the sound of the show is not going to necessarily change too much, we already push those boundaries quite a lot with a band like Noisy, for example, who are a lot more dance music orientated. We’ve had other stuff that has come through that's been a lot more hip-hop orientated. There are various different genres running through the show, just because that's the way these kids are making music now. We have to be able to reflect that, because at the moment with the remit [on the Indie Show] we're a little bit restricted, so having that freedom is going to be massive.”

Why do you think Radio 1 is the most important station for new music?

“Radio 1 has always had the heritage – from Peel, Lamacq, Zane, everyone else within that bracket – of exciting, forward-thinking, innovative tastemakers. That is something that no one else can offer in comparison to what Radio 1 can do. I certainly aspire to be considered amongst them, they are idols for me. You can go to multiple different places for new music, but I just believe that having that person guiding you through it, and bringing an insight and new perspective on things, delivers a much more satisfactory experience than perhaps working your way through a playlist. When I was younger and went through playlists, it was fine, but I felt like I missed something; I didn't understand or couldn't necessarily get my head around things. Maybe I needed someone to be able to guide me – and Radio 1 has always been exceptional in that guidance.”

What new sounds do you want to champion?

“Hip-hop is massive at the moment, and what's really exciting to be able to do on the show is play straight hip-hop or alternative music that’s influenced by hip-hop. It is completely open on what we can play, including new, innovative jazz. We've been playing a band [on the Indie Show] called Melt Yourself Down, they’re heavily jazz-influenced. They're one of those bands that sneak underneath the radar [on to the show]. Because they have such a rock feel to them, it was impossible not to play them and support them. So the spectrum is completely open in terms of what we can play and where we can go with the show. I'm really excited to discover and be able to play even more stuff on the show.”

How can the show you’re launching help new artists?

“This show will at some point have an influence within the playlist going forward. It’s going to have some gravity within the playlist, which is fantastic. You’re going to have exciting brand new artists on daytime Radio 1, which is massive. The plan is for bands and artist to graduate through into Annie Mac’s show and then go into the playlist. We really want to create a journey for these bands and artists and create a narrative around them. That's something that we do try and do already with the Next Wave feature [on the Indie Show and now on Future Artists too]. It’s kind of our Hottest Record for really new bands and artists, it’s their first moment on Radio 1 to show people that they've got potential, and then they can rise throughout the show and hopefully through into Annie. Having that synergy there with Future Artists [and the playlist] is going to be a lot better and make a lot more sense to the listener as well.”

Everyone who launches a music show on radio says they want to break artists, but for Future Artists it’s clearly part of its remit…

“Yeah, it’s kind of a given with this show. We’ve got a proven track record already with bands and artists like Inhaler, Easy Life, Yungblud, Arlo Parks. They’re already making it onto the playlist – Arlo Parks started out on the Indie Show and went on the A list. We’ve already got a brilliant track record in breaking bands and artists through into daytime Radio 1. I think having the diversity there now, we're going to be able to showcase and prove that we can do it with other sounds and other genres as well.”

What do you feel you have achieved with the Indie Show?

“I still feel like every day we’re trying to prove ourselves and that keeps the show exciting. In terms of what we've achieved over the last couple of years, the industry, bands and artists are so keen to be involved with it, they see it as such an important place to grow and be a part of. That’s one of the biggest things that we always wanted to achieve with the show, we wanted it to be a place where bands and artists could thrive and the community could grow. Because I felt like the guitar scene, and alternative music in general, had just lost its way a little. Instead of bands being there for each other, there was a lot of competition and no one was particularly supporting the genre in the right way.

“One of the first things we learned was about being able to support all those bands and artists. We've now seen artists collaborate with each other and work closer together, which is a really important thing. Hip-hop and grime here in the UK do really well, that brotherhood and camaraderie of the scene drives it so well. That's something that alternative music desperately needs. Over the past few years, I really feel that we've definitely brought a part of that through to the scene.”

How has Radio 1 changed its approach to new and alternative music in recent years?

“There was a time where Radio 1 was being a little bit tentative towards brand new stuff. I think we changed the game a little bit with that, the breaking point may have been with Yungblud. He was Marmite to a lot of people: some people really rated him, some people didn't get it, some people thought it was a little bit cringe. But I absolutely loved it. I could see that this was a guy who was doing it for all the right reasons as well.

“Rock hasn't had a moment in pop for so long. Now you’ve got Yungblud, you’ve got Bring Me The Horizon, 21 Pilots, Machine Gun Kelly coming through as well with the help of Travis Barker. Even Halsey is dipping into it. It's not rock as some people might perceive it, but because Radio 1 took a punt on Yunblud and put him on the playlist, there’s now a licence for that to come through. Inhaler, Sea Girls and Easy Life, they've all come crashing through to be part of the playlist, which is fantastic.”

Subscribers can click here to read promotions execs on the Radio 1 revamp.