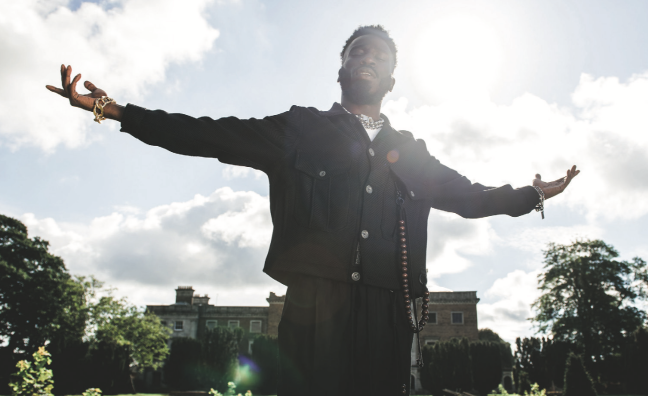 The past few months have been saturated with football syncs, thanks to the glut of TV coverage when the sport returned after an enforced pause due to the coronavirus.

Kojey Radical’s link up with BT Sport for its Champions and Europa League final coverage saw the East London rapper write lyrics encompassing the social and political upheaval that continues to characterise 2020, alongside the drama of the season’s climax. The music underneath comes from producer Swindle.

“This spot is a poignant moment, it is more than just a football promo overview,” she says. “This is bigger than sport because this season and the times we live in are like no other in history. There will never be a piece made like it again.”

Wyatt reveals that Kojey Radical wrote the words over six days. “He touches on the pandemic, key workers, our wonderful NHS, our government’s errors, George Floyd’s murder, the continued fight against racism and the Black Lives Matter protests,” she says. “And the slick execution from BT Sport was exceptional.”

BT Sport’s head of music Pete Kelly reports that the spot drew some 870,000 impressions in
a week across its various social media channels.

“This is one of the toughest briefs we’ve worked on,” he says. “We aimed to tell the year’s sporting story, tying in a strong statement about BT Sport’s position regarding the global pandemic and Black Lives Matter with European football.”

In doing so, they’ve created a document that will last.