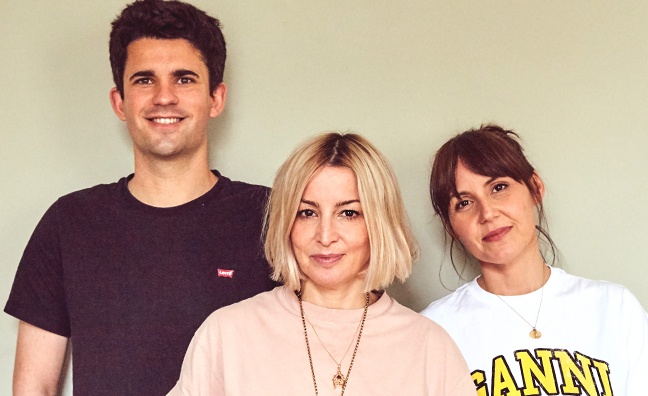 Toast Press – which celebrates 16 years as an independent music publicity company this week – has revealed a new look, website and team appointments.

The company – founded and run by sisters Ruth and Beth Drake – has appointed Rob Chute as the agency's first head of publicity. Chute was previously senior PR.

Prior to the pandemic, Sophia Ikirmawi joined the company as senior PR and Molly Turnley as press co-ordinator/junior PR.

Speaking about the changes, Ruth Drake said: “I have always been driven to seek out the best music and to work with the best people, and that's a passion that Beth and I share with Rob. He has been a fundamental part of Toast for the last six years: he not only has an incredible ear for new music, his highly intelligent approach to campaigns is second to none. We wanted a new look for the company to acknowledge the changes and look towards the exciting years ahead. We worked with the amazing Studio 315 to work in a new on a new brand identity and new website that celebrates both our passion for our roster and our position within the music PR world."

Toast Press was started by Ruth Drake in 2005, having previously started her career at Virgin Records in the mid ‘90s before moving to EastWest, working with artists such as Missy Elliot, Busta Rhymes and Lil’ Kim. Toast Press’ initial roster included The Streets, Roots Manuva, Basement Jaxx and Kano.

The two Drake sisters joined forces two years later with Beth (previously at indie PRs Bestest Press) and have led Toast together ever since.

Speaking about his new role, Rob Chute said: "I'm excited and very privileged to assume this new role at Toast. What Ruth and Beth have built over the past 16 years is incredible, and deserves some shouting about! Thanks also to our amazing artists and all the Toast team, past and present, for making a life in music a reality."