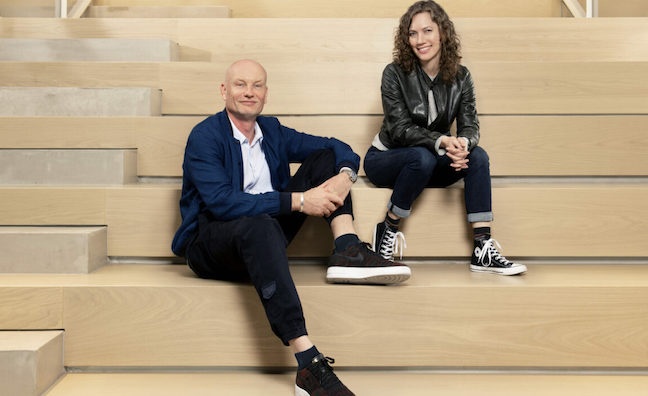 The Copyright Royalty Board has made a final ruling on royalties paid from streaming services in the US, following a long-running appeal.

Although the decision has not been made public, key details have emerged. The CRB has stuck to its 15.1% headline royalty rate decision for the period covering 2018-2022 (known as Phonorecords III), an increase from the prior rate of 10.5% in 2013-17.

The move has been welcomed by songwriter organisations and music publishers.

The 15.1% rate on mechanical streaming royalties was decided by the CRB back in 2018, but some streaming services - including Spotify, Amazon Music, YouTube and Google - appealed the decision on the basis that their business models would be challenged by any increase on the billions of dollars already paid collectively out each year in songwriting royalties.

The decision - which means a backdated payout for songwriters - is set to be followed up by a new settlement for 2023 and beyond. The National Music Publishers Association (NMPA) is pushing for a 20% headline streaming royalties rate.

The case is being followed internationally at a time when there’s an intense debate about streaming remuneration for both recording artists and songwriters.

In the US, streaming rates for songs are set by the CRB, while the label’s share for recordings (which includes artist royalties) is determined by free negotiation between platforms and rights-holders.

The streaming platforms did win some concessions in the latest CRB ruling, including relating to DSP bundles and family plans, as well as a cap on the share of Total Content Costs that they could be liable to pay as an alternative to the headline royalty rate (back to Phonorecord II levels). The NMPA has argued for a higher rate as an “insurance policy” for songwriters.

See below for the latest reaction to the CRB’s rejection of the DSPs’ rate appeal.

NMPA president & CEO David Israelite: "Today the court reaffirmed the headline rate increase we earned four long years ago, confirming that songwriters need and deserve a significant raise from the digital streaming services who profit from their work. We will fight to increase the TCC, or percentage of label revenue, which amounts to an insurance policy for songwriters, in the next CRB and will also fight for stronger terms regarding bundles.

“This process was protracted and expensive and though we are relieved with the outcome, years of litigation to uphold a rate increase we spent years fighting for is a broken system. Now, songwriters and music publishers finally can be made whole and receive the rightful royalty rates from streaming services that they should've been paid years ago. We will work to ensure that the services quickly backpay copyright owners as they are required by law. We appreciate Pryor Cashman's relentless work to secure this result and the voices of all songwriters and publishers who supported this mission. As an industry, we move forward united as we press for even fairer rates in the next CRB starting this fall."

NSAI executive director Bart Herbison: “This verdict represents mixed news. The good news is songwriters received the 15.1% headline rate we won four-and-a-half years ago. The bad news is that the definition of ‘bundled services’ and of total content costs, one of the streaming rate tiers, were not what we wished. We will return our focus to the next CRB proceeding which is already underway. Along with the National Music Publishers Association (NMPA) we are asking for further increases going forward.

“The original 15.1% rate set by the CRB was to go into effect in 2018, but an appeal by streaming services delayed that. The retroactive increase for American songwriters is supposed to be paid within six months of the verdict being finalised, but the streaming giants have asked for that time period to be extended, which we strongly oppose. Until the US Copyright Office makes that determination, it is still unknown when songwriters will receive their payments. It is unbelievable that these tech companies who pay a myriad of rates across the globe have not figured this out when they realised four-and-a-half years ago they would have to.

“More and more songwriters continue to leave the business. Some may have been able to hold on had the streaming companies not appealed. We do not want to see anyone else leave because arrearage payments cannot get to them in time. A few thousand dollars might make that kind of difference to a writer. We thank the NMPA and the songwriters who testified during CRB III, NSAI Board Members Steve Bogard, Lee Miller and Liz Rose. Without them there may have been no increase in royalties.”

Jody Gerson, chairman and CEO of Universal Music Publishing Group: “We are pleased with today’s Phonorecords III decision upholding the increase to a 15.1% mechanical rate. But there is more work to be done in the fight to protect songwriters, especially with the upcoming trial concerning Phonorecords IV, which will determine mechanical rates for the next five years starting in 2023. By staying aligned and collaborative, publishers and songwriters can continue making progress together.”

Guy Moot, CEO & co-chair & Carianne Marshall, COO & co-chair, Warner Chappell Music’s (pictured) memo to songwriters: “Today, progress was made in the fight for fair songwriter compensation. After a long, drawn-out process – led by some of the biggest and most profitable tech companies in the world – to appeal the streaming rates set for 2018 to 2022 in a proceeding known as Phono III, the Copyright Royalty Board (CRB) is standing by its original headline rates.

“Streaming services in the US will now be required to pay you at the headline rate of 15.1% of their revenue for 2022 – the rate that was set by the CRB for 2022 all the way back in February 2019. And since most of the streaming services have continued to pay at the lower Phono II rates established in 2012 while the appeal played out, you’ll also be retroactively paid the difference between the rates now set for Phono III and the lower Phono II rates.

“These decisions signify an important turning point. The industry is finally starting to recognise the true value of a song and why songwriters’ contributions to music are irreplaceable. There would be no music business without your incredible creativity.

“While we should celebrate these important moments, our work doesn’t stop here. Later this year, the trial for the proceeding known as Phono IV will also begin, where the CRB will set the streaming rates for the five-year period from 2023 to 2027. Amazon, Spotify, and Pandora will once again be pushing for rates as low as 10.5% of their revenue, and for other discounts and deductions, while NMPA, NSAI and SONA will be advocating for a 20% headline revenue rate on behalf of all songwriters and publishers.”

Digital Media Association (DiMA) president and CEO Garrett Levin: “The streaming services thank the Judges for their efforts. Today’s decision reflects a significant increase in the royalties that will be paid to publishers. The work to give effect to these new rates will soon begin in earnest. The streaming services are committed to working with the MLC and music publishing companies to facilitate the accurate distribution of royalties.

“This proceeding is also a reminder that rate settings do not – and cannot – take place in a vacuum. Today’s decision comes as the three major label groups - which operate the world’s three largest music publishers - continue to earn the lion’s share of the industry profits while reporting consistent double-digit revenue growth as a result of streaming.

“Looking ahead, streaming services believe it’s time for all stakeholders—labels, publishers, writers, artists and the services—to engage in comprehensive discussions to figure out the right royalty-sharing balance going forward.”

Merck Mercuriadis, founder and CEO of Hipgnosis Songs Management: “Using the success of Hipgnosis to change where the songwriter sits in the economic equation has been a massive priority for us from day one. The song is the currency of our business, without the song we simply have no music business. Yet for too long the songwriter – who delivers the most important component to the success of a record company, digital service provider, music merchandiser, live promoter etc, is the lowest paid person in the equation.

“We still have plenty of room for improvement before we have a rate that’s genuinely fair and equitable but this is an important step on the road to finally, properly recognising the value that songwriters bring to the industry and the lives of the billions of people all over the world who rely on great songs to enrich their lives. The CRB has delivered a strong message not only to the digital service providers like Spotify but also to the recorded music companies about the importance of the songwriter in our industry.

“Congratulations to all of the incredible songwriters that have entrusted us with their incomparable songs as well as to each and every songwriter that goes to work each day to write great songs and make the world a better place. This is a victory for all of you."

Kobalt statement: “Fair compensation for songwriters is paramount in music as there is no song without songwriters. Today's upholding of the 15.1% headline rate increase won in 2018 represents much-needed progress. While it was a mixed ruling, as it was decided Total Content Cost (TCC) and bundle definitions return to the Phonorecords II levels, we are thankful for our partners at NMPA, NSAI, and the songwriters who testified in the rate proceeding to defend the rate increase. It is clear there is more work to do, and we will continue to champion for even better rates in the next CRB proceedings.”

Music Publishers Association CEO Paul Clements: "We thank the NMPA and publishers for their tireless fight to achieve fairer value for songwriters and composers. Without songs there are no music services.

"The US CRB verdict represents the right direction in our ongoing drive for value for songs. That aim should never be delayed or denied. We will continue our fight to protect song rights and increase their value for composers and songwriters."