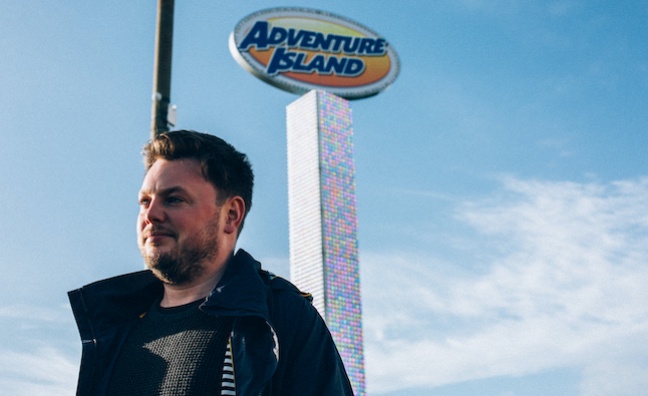 Ejeca, who also goes under the alias Trance Wax, has signed his entire publishing catalogue to Involved Publishing.

Trance Wax productions have featured in the sets of Bicep, The Blessed Madonna, Axwell, Above & Beyond, Charlotte De Witte, Calvin Harris, Maya Jane Coles and many more. He has collaborated with acts including Bicep and received support from BBC Radio 1.

The Involved Publishing roster also includes Above & Beyond, Lane 8, Yotto, Andrew Bayer and more. McCartney is managed by Craig Pugnetti at The Weird & The Wonderful.

In a statement, Involved Publishing said: “Involved Publishing is delighted to welcome producer, writer and artist Garry McCartney to the roster under an exclusive publishing deal. Joining on the back of the debut self-titled album as Trance Wax, the deal will also extend to representing Garry’s renowned back catalogue of music released under his Ejeca alias, including 2014’s Jalek and last year’s singles Ekstac and Won’t Give Up feat. Kele, both on Skint Records/Loaded.”

Jarrod Bird, head of publishing, said: “We’ve been huge fans of Garry’s music and career as a DJ and producer for nearly a decade. We're immensely proud to be working with Garry on his hugely prolific output as Ejeca and Trance Wax and to represent such a widely admired and esteemed back catalogue of music.”

Garry McCartney added: “It’s a pleasure joining the Involved Publishing team for me, as I’ve been a big fan of the artists on their roster for quite a while and have seen them really go from strength to strength with their sync work. Can’t wait to see what our future holds together!”