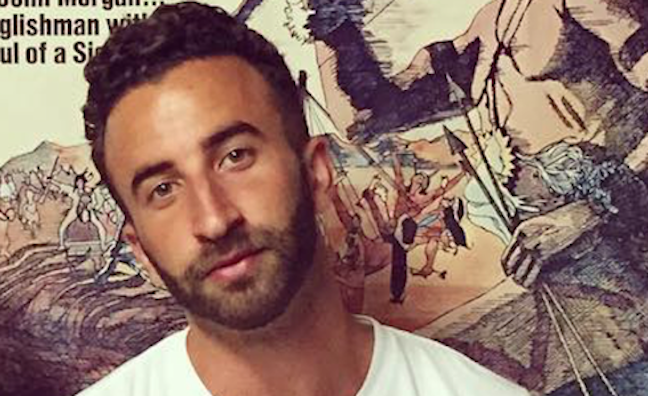 Miles Beard (pictured) and Jeff Vaughn have been promoted to the roles of vice presidents of A&R at Artist Partner Group/Artist Publishing Group (APG).

The pair will report to APG founder and CEO Mike Caren.

Artist Partner Group launched in 2013 as a sister company to Artist Publishing Group. Since then, Beard and Vaughn have signed and/or worked closely with artists such as Charlie Puth, Kevin Gates, Young Thug, Kehlani, David Guetta, Flo Rida, Jason Derulo, and others.

“Miles and Jeff have developed into musical experts with an incredible work ethic,” said Caren. “They’ve both been with me since before we started Artist Partner Group four years ago, and they’ve been essential players in our explosive success – from signing amazing artists to making fantastic records. Our mission at APG is to provide the most creative, nurturing environment for the next generation of stars – artists, songwriters, producers, and A&R execs alike."

Artist Publishing Group general manager Angie Pagano added: "Miles and Jeff have superb musical instincts and the ability to turn those instincts into hits. We're very happy to announce these well-deserved promotions for two of the brightest young lights in our business.”

Beard, meanwhile, began his music career at the age of 13 as a DJ, leading to a regular stint at 102.7 KIIS-FM in LA. He joined Caren’s APG in 2012 and was responsible for signing singer/songwriter Charlie Puth, whose No. 1 collaboration with Wiz Khalifa, See You Again, was the world’s top-selling single in 2015.