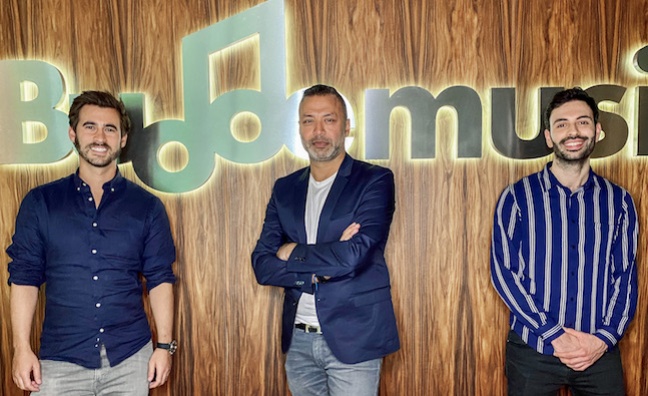 Phrased Differently and Budde Music have entered into a music publishing JV.

The partnership between the UK boutique publisher and German family music firm was revealed exclusively in the latest issue of Music week.

Having acquired Cloud 9’s stake in Phrased Differently, Budde Music will merge its existing London operation into the new venture, creating an independent force in the UK market with a global set-up.

The move comes at a time of increasing consolidation, including Downtown’s recent acquisition of Good Soldier Songs and Hipgnosis’ move to become a music publisher through its purchase of Big Deal.

Described as an “A&R-focused collaboration” in a statement, Budde has made a multi-million pound commitment to both existing and future copyrights from Phrased Differently as well as signing and developing top songwriters.

With Phrased Differently’s integration into Budde Music’s global network, it will drive future growth through expansion of its music publishing roster and amplify its creative services to the existing client base of established artists, songwriters and producers. Budde has operations in territoroes including Germany, France and the United States.

CEO of Budde Music, Benjamin Budde, said: “Phrased Differently and the work that Hiten, Dan and the team have put into building the company and developing their writers has been truly fascinating for me to watch over the past years. I’ve always respected Hiten for his incredible ear for songs and focus for talented songwriters. Including Phrased Differently and their A&R staff into our Budde Music family brings us one step closer to becoming the creative publishing company that we are thriving to be globally.

“I’m extremely proud to now have an even stronger A&R-driven force based in one of the most important music markets in the world and have both Budde Music’s and Phrased Differently’s writers benefit from this strategic move. Hiten’s philosophy for music publishing is 100% aligned with ours, and I’m looking forward to developing and supporting songwriters together in the future.”

Founder & MD of Phrased Differently, Hiten Bharadia, said: “The first time I met Benjamin Budde and Ender Atis, we just seemed to click naturally on all levels. The more they told me about Budde Music, their growth strategy, passion, ambitions, family values and culture, the more it felt like they were describing Phrased Differently. I realised very quickly that Budde Music would be an amazing fit for Phrased Differently moving forward allowing us to grow our roster in a significant way, provide even more creative opportunities  and enjoy more global success even faster. I can’t think of a more perfect partner than Budde Music. It’s a cutting edge entertainment company at the top of its game led by executives at the top of theirs.”

COO of Budde Music, Ender Atis, said: “Phrased Differently is a passionate team you want to be part of. It is a place where creativity happens and songs are at the centre of everything. Hiten has built a truly modern and proactive music company that is authentically dedicated to what it does, making its outstanding success seem a natural consequence of its fully service-oriented approach.

“Our missions and cultures match perfectly and our teams have already very organically started collaborating on opportunities, integrating workflows, systems and sharing ideas across departments on a regular basis.”

Senior international A&R of Budde Music, Seth Hodder, added: “This is a truly exciting next step forward for Budde Music in the UK, an excellent alignment of both companies, positioning both on the global stage. The next thrilling phase for all of us begins.”

To read the full interviews with Benjamin Budde and Hiten Bharadia, pick up the latest issue – or subscribers can click here.