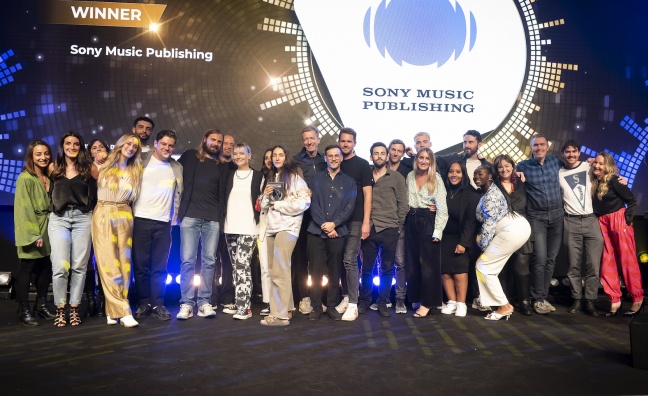 Sony Music Publishing’s UK leadership duo Tim Major and David Ventura have told Music Week that the culture they’re creating at the company is leading to a new wave of success.

Speaking backstage at the Music Week Awards, where they won the Publisher Of The Year category for the second time in their three-year tenure, co-MD Major and co-MD, president Ventura were jubilant about the impact they’ve made at the company.

“This win means a lot to us because it’s been three years of building,” said Major. “We’ve obviously been through a pandemic and  two years of that we’ve been in lockdown. We feel we’ve created a culture within the company now and the team has just started to smash it, all of our teams are operating on a really high level, our A&R team has been incredible and we’re very proud.”

As well as big hitters such as Ed Sheeran, whose = album (629,392 sales, according to the Official Charts Company) brought huge success for SMP, the company is in the midst of a purple patch for its emerging acts, with Arlo Parks, Pa Salieu, Beabadoobee, Mimi Webb, Lola Young, PinkPantheress and more all breaking through.

Ventura hailed the work of the A&R team, led by UK head of A&R Sarah Lockhart, stressing that SMP very much sees itself as a home for the best new talent in the country.

“We are the house for all the songwriters in the world, whether they’re brand new or they’ve been here for a little while,” he said. “We love music, we love songwriters, we love curation and we want to be the best home for all of them.”

Our A&R team has been incredible, we’re very proud

Ventura offered a reminder of the changing face of the publishing landscape, with fierce competition coming from beyond SMP’s traditional major competitors.

“We all want to progress, we all want to be better,” he said. “It’s obviously a business which is very much being looked at at the moment, there are a lot of players coming into it. We’re always trying to make sure songwriters are always placed at the first rank of what we do and to make sure we are setting them up for success, that’s the most important thing.” 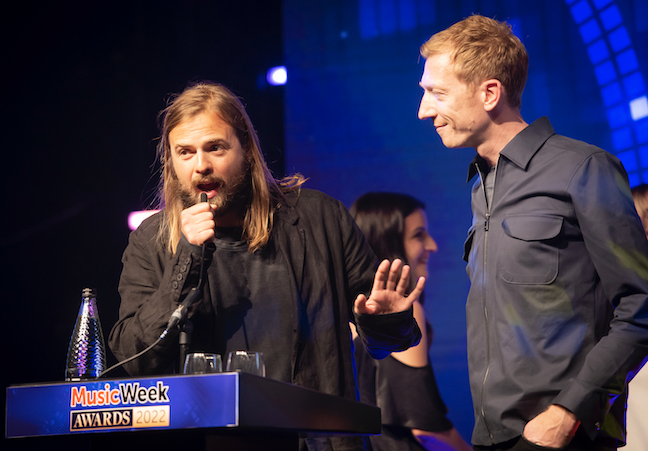 Major said that, rather than focusing on their competitors, the company is concentrating on itself.

“We want them to celebrate our success as well because there’s room for us all to have it,” he said. “We’re all there trying to work hard for the songwriters, so kudos to [our competitors] as well, kudos to them for being nominated and for all the work they’re doing.”

Expanding on what he and Ventura have been striving to build since they took on their dual leadership role, Major said that the way that the business - which is about to move into new premises in London’s King’s Cross - said that the culture of the company has changed.

“We’re trying to be inclusive, we’re trying to be progressive and  inclusive,” he said. “We don’t want to do things in the way that they’ve always been done and we have a vision of providing the absolute best service to our songwriters and putting them at the heart of what we do. That’s our focus, that’s the culture we’re trying to build and that’s what everyone comes into work to try and do every day.”

The pair were joined by a large portion of their team on stage to celebrate their win, something that was impossible the last time they won the award. And after being pipped by Universal Music Publishing Group last time round, they were relishing the occasion.

“It’s really nice to get the recognition,” said Major. “We won it a couple of years ago when we were in lockdown and we didn’t get to share it or to be here, so it’s nice to have time with the team to be able to celebrate properly.”

“It’s always a joy to see all our peers in music, to see friends, people we are working with and people who are doing the same job as we do, we really want to say congratulations to them tonight,” added Ventura. “Everybody is working very hard for the songwriters that we cherish and we want the best for them. To win is an honour..”