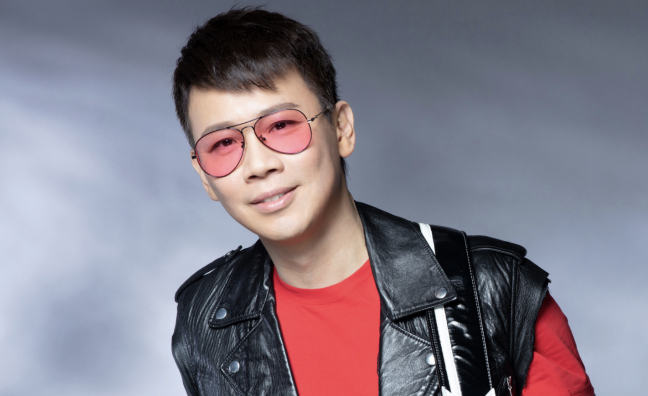 Mixing Mandopop, R&B and rock, Tao has released seven studio albums, his most recent was Hello Goodbye in 2013. Tao has written and produced music for Chinese acts such as A-Mei and Jolin Tsai, while he also founded the New Song Education programme for young musicians.

He has won six Golden Melody Awards and, in 1997, became the first debut artist to be nominated in five categories at the event.

David Tao said: “Warner Chappell has always had my back. I’ve worked with the team for many years and I do enjoy the professional service.  The team manages my songs well and I am happy to continue our relationship.  Their efforts have meant my time has been freed up to pursue my belief in music, education and film production.  Also, I’m really excited about the projects we have worked together, particularly the opportunities to work with writers and artists from different backgrounds and cultures.”

Monica Lee, president, Warner Chappell Asia Pacific, said: “I’m delighted that David has put his trust in us as always. His evergreen songs have been very influential to the development of Asian music and he’s been absolutely integral to the success of the Mandopop scene. His own artist career has been stellar, he’s the go-to artist for the biggest stars, and he’s always seen the importance of giving something back by nurturing the next generation of talent.  It is our pleasure to be a part of his musical journey and we will continue to strive for excellence together.”

Tao is set to perform a charity concert in Taipei to raise funds for disabled children on November 27, with a new album due in 2021.