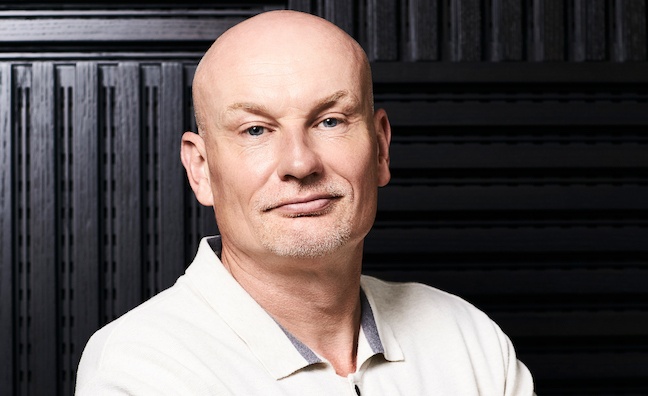 Warner Chappell CEO and co-chair Guy Moot has outlined his vision for the future of music publishing.

Moot was delivering a keynote via video at the All About Music conference in India. The publishing exec spoke about the “new songwriter economy” as he hailed the recent historic win in the US for royalties and its “ripple effect” around the world.

“It’s never been a more exciting time to be in the music industry, especially for publishers and songwriters,” said Moot. “There’s finally a newfound appreciation for the value of a song, and with it, a whole new world of opportunity.”

The Warner Chappell boss reminded his audience that “everything starts with a song”. During his career, Moot has worked with songwriters including Amy Winehouse and Ed Sheeran and - now at Warner Chappell - Lizzo and Sam Smith.

Goldman Sachs has forecast that global music publishing will be worth almost $12 billion by 2030. And Moot is confident that the popularity of music, particularly with young audiences, will overcome any wider economic issues in the months and years ahead.

“I believe this growth is being driven in large part by the globalisation of music,” he told conference delegates. “Culture is now an asset with local repertoire from both newly created songs and catalogue gems from past times becoming hits that can also translate across borders.”

Moot noted that emerging markets are coming through, while Latin hits have become truly global thanks to artists such as Bad Bunny.

But while growth is forecast to continue across the world, the Warner Chappell leader said the industry must remain vigilant on IP protection, legislative protection and digital rates for songwriters.

“As music publishers, we have an obligation and responsibility to our writers and their incredible bodies of work to protect what we call this new global songwriter economy,” he said.

Looking to the future, Moot suggested the explosion of global talent means that the industry will be less reliant on superstars and huge hits - a point made by Warner Music Group’s outgoing CEO Steve Cooper last week at the Goldman Sachs Communacopia + Technology Conference.

“It’s not just going to be about writing hits, the entire industry is evolving at an unprecedented pace, accelerated by an increasingly fractured media landscape with more usages of music than ever before and an abundance of digital platforms,” he explained.

Nevertheless, catalogue remains central to this evolving landscape, alongside opportunities within Web3 and NFTs. Moot recently spoke about to Music Week about Warner Chappell’s plans for David Bowie following the huge catalogue acquisition.

Moot also noted the impact of Kate Bush’s Running Up That Hill as an example of the power of a sync for a classic song.

But he sounded a note of caution over the rise of some of the big players investing in music and song rights. Of course, Hipgnosis has been the most disruptive entrant to the market in recent years.

“On the top of catalogue buzz, I'm sure you’ve all seen new investors and funds coming into the market and buying up catalogues of iconic writers for millions and millions of dollars these days,” said Moot. “While it’s great that more people are finally recognising the true value of the song, there’s a huge difference between somebody with deep pockets putting up the money to buy a catalogue and music publishers like ourselves that have a responsibility to our writers to look after and revitalise their songs - and not just now but for decades to come.”

Earlier this year, UMPG UK MD Mike McCormack spoke out in Music Week on the new entrants to the market and insisted that his team at the publisher were “building the catalogues of the future”.

Concluding his remarks, Moot continued with his theme of an evolving marketplace for talent.

“In the new songwriter economy, it’s going to be less about just having hits, winning awards and dominating market share, and more about creating a multitude of new global opportunities that put money back into the pockets of creators and bring more awareness to songs and songwriters,” he said. “The old school image of the music industry will soon be a thing of the past and those who fail to adapt - and check their egos at the door - will be left behind.”

Moot added: “If I leave you with anything, it’s my hope that we take it upon ourselves – as industry leaders, key stakeholders, and music enthusiasts – to cultivate more job opportunities, including those in emerging markets, and prioritise developing local songwriters, producers and artists.

“The global music industry is made up of a much larger ecosystem. It employs everyone from sound engineers to sync managers to concert promoters to marketing strategists - I could go on. In India alone, there’s currently 10-plus million people working in the music industry. By enacting stronger IP laws and better streaming rates, more money will go back into our local economies and create more jobs and opportunities for local creators.”

Click here to read our exclusive interview with Guy Moot on David Bowie and the new Moonage Daydream documentary.