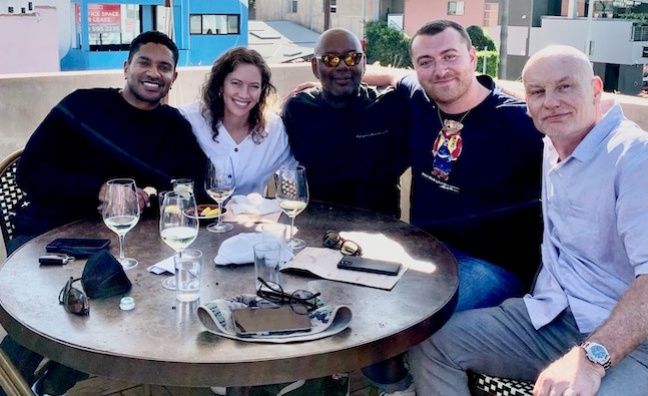 Tim & Danny Music and Warner Chappell Music have signed a worldwide publishing agreement with Sam Smith through a new joint venture which covers all future works.

The multi-platinum, four times Grammy, BRIT, Golden Globe, and Oscar award-winning star is known for a long list of chart-topping and influential hits such as Stay With Me, I’m Not The Only One, Lay Me Down, Too Good At Goodbyes and Dancing With A Stranger (with Normani), among others.

With Smith as their first signing, Tim & Danny Music and Warner Chappell Music have formed a new long-term publishing partnership to identify and nurture top songwriting talent with a focus on the UK and international markets.

Smith rose to prominence in the UK after their collaborations with Disclosure on the single Latch in 2012, and Naughty Boy’s UK No.1 single La La La in 2013. Since their multi-platinum debut studio album, In the Lonely Hour (which earned Smith their first Grammy Awards for Song of the Year and Record of the Year), Smith’s music has amassed over 30 billion streams, and sold over 30 million adjusted albums worldwide.

“Sam is an exceptional artist and one of the most impactful songwriters in music today,” said Tim & Danny Music co-founder, Tim Blacksmith. “This next chapter with them is a significant one and continues the successful partnership we’ve had with Sam for the past eight years. We’re equally as proud and excited to be on this journey with Guy and the brilliant team at Warner Chappell and look forward to all the amazing work we’ll do together.”

Warner Chappell Music co-chair and CEO, Guy Moot, said: “Sam is truly one of the world’s greatest talents, as both a captivating performer and inspiring songwriter, and it’s wonderful to be working with them again. I’m also quite thrilled about our new business relationship with Tim and Danny, two of my oldest friends in the music industry and incredible entrepreneurs. They have an outstanding track record, including supporting Sam since the beginning, and I know this is the start of a long and successful partnership.”

Smith added: “I’m so excited to carry on my musical journey with Tim and Danny who have supported me since the beginning of my career, and also really happy to team up with Guy, Carianne and the Warner Chappell family. Looking forward to this next chapter of my career.”