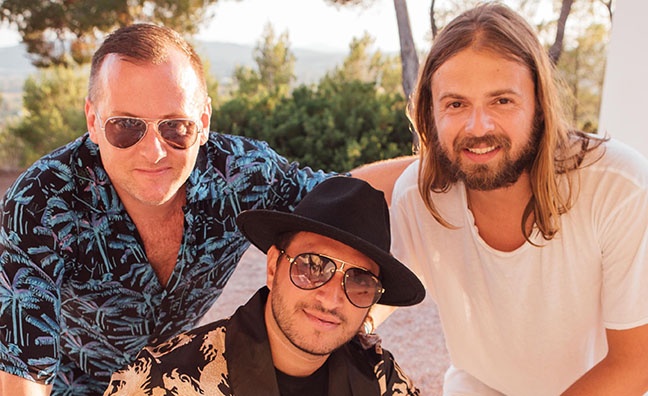 As revealed in the new edition of Music Week, Sony/ATV has announced the signing of Jonas Blue to a new worldwide deal.

Across DJing, songwriting, releasing as a frontline artist and production, Blue has amassed multiple BRIT nominations and a catalogue of hits including Fast Car (1,512,523 sales, according to the Official Charts Company) and Perfect Strangers (1,239,773 sales.)

Sony/ATV UK president and co-managing director David Ventura said: “We are over the moon to welcome Jonas Blue to the Sony/ATV family, having been fans for many years. His talent and track record is nothing but astonishing and he has proven himself to be one of the world's most accomplished songwriters. Everyone is delighted to become a part of his continuing adventure and his opportunities for the future are incredibly exciting!”

Jonas Blue said: “I am thrilled to have signed this new deal with such a legendary publisher and beyond excited to see what will come of our work together in the future. David and Jon Platt certainly share our vision to take things to the next level with my creative collaborations. Watch this space!”

His talent and track record is nothing but astonishing

Jonas Blue’s manager Aaron Ross of Infinite Future Management said: “We couldn’t be happier to be joining the family at Sony/ATV. The legacy of the company is iconic and with David Ventura and Jon Platt at the helm, the team behind this next phase of Jonas Blue’s publishing endeavours is exceptional. These guys live and breathe music, and share our deep passion for the evolution of Jonas Blue’s creative output.”

This year, Jonas Blue has released What I Like About You featuring Theresa Rex and Ritual, alongside Tiësto and Rita Ora. Blue performed at the Europa League final this year and runs his own Blue Future record label.

Pick up the new edition of Music Week to read the full signing story, which features interviews with Blue, Ross and Ventura. Subscribers can read it online here. To subscribe and never miss a music biz story, click here.