On The Radar: Okay Kaya 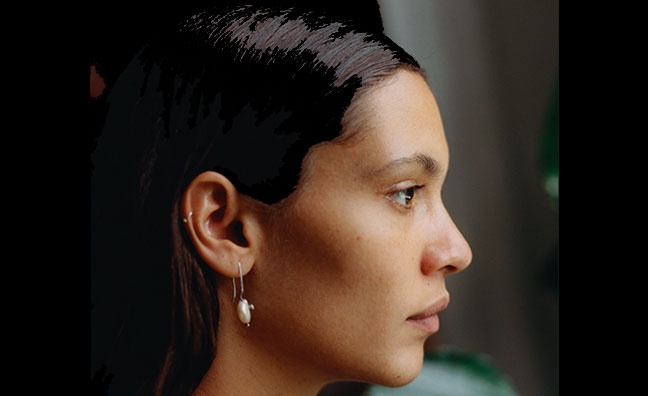 Several things stick in Kaya Wilkins’ mind when it comes to piecing together the process of making her second album. There was the time she sat for eight hours in her New York bedroom imagining what it would feel like to be moss, or the moments in which she had visions of herself “purging out a liquid, like a human fountain”.

It all started when the Norwegian – who’s been living in New York for 10 years now and has collaborated with Jamie xx and King Krule, among others – was digging around the concept of melancholy and how it’s been dealt with in history. “A lot of writing or poetry describes it as something in a liquid form, or a bile,” the singer tells Music Week. Fittingly, rain pours throughout our conversation. “In Greek medicine, black bile was [equated with] being too emotional. The idea was that there was a balance between all the liquids you could have in your body, I leaned into the one that’s meant to be depressive, but it can be beautiful, too.” Wilkins was quickly entranced by the slippery imagery. “You know when kids are obsessed with slime? It felt like that, freeing and a little bit wrong,” she says.

It all adds up to Watch This Liquid Pour Itself, her second record as Okay Kaya and her first for new label Jagjaguwar. It’s an album you can swim through, murky, deep and full of sludge; Wilkins explores her inner demons via customary wit and wordplay (song titles include Asexual Wellbeing, Mother Nature’s Bitch and Zero Interaction Ramen Bar). With production from Jacob Portrait (Whitney) and John Carroll Kirby (Solange) it’s an intimate record, one to put Wilkins alongside the likes of Aldous Harding, Big Thief and Tirzah. Difficult emotions are raw on the surface, and esoteric presentation means the whole thing fascinates at every turn.

I think a lot of things that are true are funny

“I think a lot of things that are true are funny, so I’m just trying to stay true to what’s going on,” Wilkins explains. “Humour is a way to convey feelings, and staying quite literal can somehow feel witty or funny. It’s all very serious, real and painful and whatnot, but I’m able to step back and be like, ‘Oh my God. That is pathetic!’ It’s hashing out what I felt at a certain time, indulging in it and making something out of it.”

As she talks, it’s easy to imagine the day she pretended to be moss while writing Symbiosis, which is best described as a biology ballad shot through with zapping electronics. “I can be algae, you can be fungi… When we make love the world goes green,” she sings at one point. “I gave the song a lot of space and had a good time with it!” Wilkins offers, before promptly breaking into laughter.

There’s plenty more throughout our conversation, but there’s also the sense that this album represents a new level for Okay Kaya. “Making anything is letting something out and shaping it afterwards, like, ‘This could be this kind of song,’ or, ‘If I make a joke about it in this way, then maybe it’ll tickle someone’s sensibilities and they’ll relate,” she says. “I want to make a lot of records, so the more people that hear my music the better. This is a very positive step in that direction.”

With that, Kaya Wilkins goes back to watching the rain again.