On The Radar: Rhys Lewis 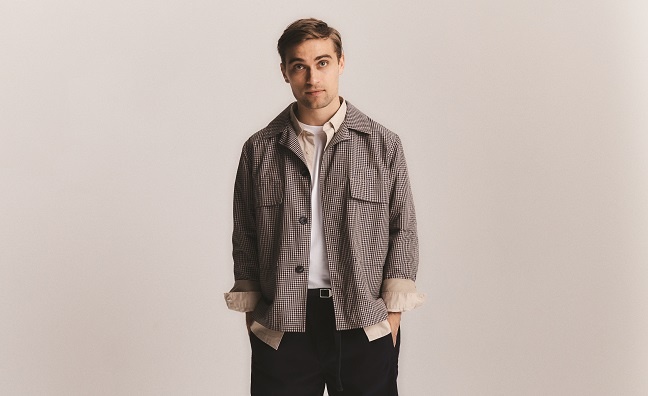 Rhys Lewis is lost in thought when Music Week calls. It’s the first week of lockdown in the UK and the bluesy singer-songwriter is reeling. With the world in a state of emergency, he says, the fact that his debut album is being pushed back a few months is of little consequence.

“I’ve waited a long time. It’s been recorded for a year and written for maybe three or four,” he begins. “A debut is one of those things that looms over you until it’s out, then you can appreciate what you’ve achieved, make another one and keep improving. But perspectives have shifted in these circumstances and it doesn’t seem as important. People will hear it when they hear it, there are more important things to worry about, safety being one of them.”

Lewis is staying with family in the Lake District, where he’s walking, livestreaming and tweeting his followers to stockpile empathy rather than loo roll. He’s doing a lot of thinking, and our conversation floats by, a waft of searching thoughts. Like many artists, he’s battling with the idea of self-promotion at this time. “A lot of my friends said, ‘You’re pretty good at self-isolating ha ha ha,’” he says, adding that he’s usually more than happy being cooped up writing and producing the mazy, emotional tunes that have won him three million monthly Spotify listeners and counting. Only now, itfeels forced, uncomfortable. Plus, everyone and everything around him feels uncertain. The phone keeps on ringing.

“This is not the same as choosing to go to the studio and getting lost in something,” he says. “It’s not normal. Self-isolation doesn’t feel like a creative endeavour as much as a slightly strange situation.” But while thinking deeply about what it all means (“We can’t interpret this properly until time has passed, so patience is something we all need”), Lewis is resolved to make the best of it. He’s not written his feelings into music yet, but says he will when he feels more articulate about the situation.

Funnily enough, on a recent trip to the US, Lewis was writing some new music, drawing on “Loneliness and 21st century life as we know it, the repercussions of the world we’ve created”. The 27-year-old is most animated when talking about new songs, and references Carole King and James Taylor when he says he’s swapping piano for guitar in pursuit of a more alternative sound. He’s shared stages with Freya Ridings and Julia Michaels and has a US support tour with his mate and almost-namesake Lewis Capaldi scheduled for this summer, but he’s increasingly wary of the word ‘pop’. He has been watching Capaldi’s rise with interest since they met after the Scot’s very first London show, when he recognised Lewis outside and shouted ‘Oi, Rhys Lewis!’ Several beers and piano sing-song ensued, and a friendship was formed.

“Lewis is the real deal,” he says. “I love pop but I’m not sure I feel comfortable with my voice being in that space, I’ve toyed with it and felt it didn’t quite suit me, the songs I want to write and the way I want them to be heard. I feel like I’m trying or forcing it as opposed to actually feeling it.”

And Rhys Lewis’ music is all about feeling (see recent tearjerker When Was The Last Time?) so it’s important that he feels 100% comfortable. Decca, he says, are giving him the space he needs. For now though, he’s just searching for some semblance of normality. “I’m working out how to be productive and stay sane,” he says. “It would be a shame for everything to grind to a halt…”