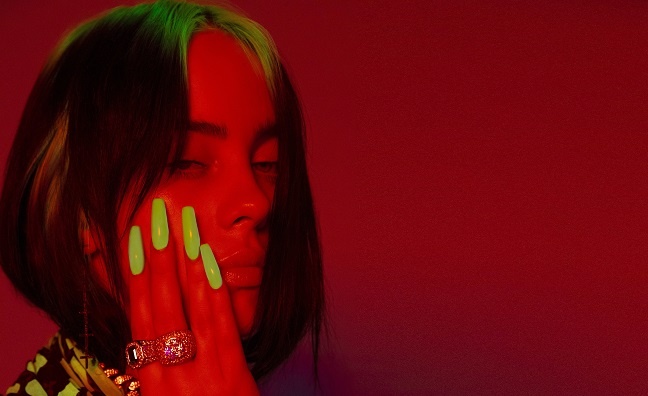 Billie Eilish is among a number of new acts maximising vinyl, according to new BPI research.

New BPI data in the 2020 edition of its All About The Music yearbook reveals that Eilish was the seventh biggest seller of vinyl LPs in 2019.

Queen topped the list, selling more than 75,000 LPs last year, with the film soundtrack for Bohemian Rhapsody boosting sales alongside the likes of News Of The World.

The Beatles took second place after reissuing Abbey Road, with David Bowie in third spot. Fellow heritage acts Pink Floyd and Fleetwood Mac also made the Top 10, while Eilish and Liam Gallagher finished seventh and ninth respectively, thanks to their 2019 releases.

Gallagher’s Why Me? Why Not was the most popular individual title, selling more than 29,000 vinyl copies. Billie Eilish and Lewis Capaldi were behind the other contemporary releases in the individual Top 10, alongside catalogue records including Joy Division’s Unknown Pleasures and Oasis’ Definitely Maybe.

With more than 4.3 million records sold, Vinyl LP sales increased by 4.1% in 2019, and have now grown for 12 consecutive years.

The BPI reports an approximate rise of 2,000% since the format’s nadir in 2007, and the highest level of demand since the early ’90s.  One in eight albums sold are now on vinyl, while the average yearly spend per consumer was more than £90.

The BPI’s Rob Crutchley, said: “The continuing growth in demand for albums on vinyl and even cassette – now boosted by a new generation of artists such as Billie Eilish and Lewis Capaldi alongside more established heritage acts such as Queen – underlines the enduring appeal of analogue alongside streaming and CD, and the fact there is still a strong core of fans who also value the opportunity to acquire, own or gift recorded music on physical format."

He added: “The CD also continues to make its presence felt in the Official Albums Chart, with physical formats accounting for the majority of consumption on most of the albums claiming the weekly number one spot in 2019.”

The yearbook also cites Kantar Worldpanel findings that 21% of vinyl buyers reported not owning a record player, while 61.7% of vinyl buyers pay to access the premium tier of a music streaming service, compared with 49.2% of all music buyers.

Drew Hill, Managing director of Proper Music Group, said: “Predictions of the death of physical feel like they’ve been circulating almost as long as Nostradamus, with titles as erudite as the Economist claiming in 2008 that ‘the record industry's main product, the CD… is rapidly fading away’. A decade on, physical music is still proving the kingmaker for chart success, and despite lockdown-related store closures, half of this year’s No.1 albums reached the top selling a lot more physical copies than anything else.”

BPI data showed that in 29 of weeks in 2019, physical formats accounted for over half of chart-eligible sales of the No.1 album. Releases by Tom Walker, Lana Del Rey, BTS and Sam Fender were among those claiming chart glory with a physical share of more than 60%.

In 2020, Blossoms, Green Day, Paul Heaton & Jacqui Abbott and BTS have hit No.1 with physical shares of over 75%. Physical numbers for Gerry Cinnamon, who could hit No.1 today (April 24) with The Bonny, are likely to be strong too.