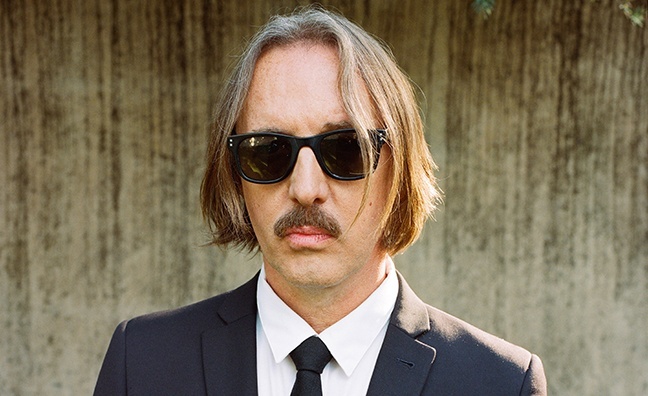 Legendary alt-rock producer and Garbage drummer Butch Vig has spoken to Music Week about the future of rock and why he believes “it’s possible” there could one day be another Nirvana.

Vig, who has produced landmark records for the likes of Nirvana, Smashing Pumpkins, Sonic Youth, Green Day and many more, recently announced that he was embarking on a brand new collaborative project with new band 5 Billion In Diamonds. Formed by Vig, DJ James Grillo and producer Andy Jenks, the band drafted in an array of friends and acquaintances to guest on their self-titled debut. These include guitarist Alex Lee (Goldfrapp, Strangelove, Suede), bass player Sean Cook and drummer Damon Reece (Spiritualized, Massive Attack, Elizabeth Fraser) and vocals from Helen White (Alpha), Sandra Dedrick (The Free Design), David Schelzel (The Ocean Blue) and Ebbot Lundberg of Swedish rockers The Soundtrack Of Our Lives.

According to Vig, the intention was to create an album that served as a counterpoint to today’s singles-driven market.

“I read that people only listen to a song now for about 45 seconds and then they skip,” he told Music Week. “Once they get to the chorus that’s it. We wanted to make an album with 5 Billion In Diamonds. I know that’s kind of old school but we are old school and we wanted it to be a journey.”

However, despite the industry’s move towards single-track releases, Vig still believes in the power of the album and rock’s unique ability to shake up the mainstream and connect with music lovers.

“Every four or five years a few bands break through that make a glorious racket and have a primal energy that draws people to them,” he said. “Could there be another Nirvana? Possibly.

"They’d have to write some killer songs! With Nirvana, a lot of it was to do with timing. They came out of the ‘80s and early ‘90s and people were looking for something fresh, and Kurt [Cobain] tapped into an emotional zeitgeist. Whether he liked it or not, he became a spokesperson for the disenfranchised. There are a lot of people that probably feel disenfranchised now, and where can they find that in music? I don’t know.”

You can read the full interview with Vig here.

5 Billion In Diamonds is released on August 11 in the UK via 100% Records.