Can KSI hit No.1 with his Yungblud collaboration Patience? 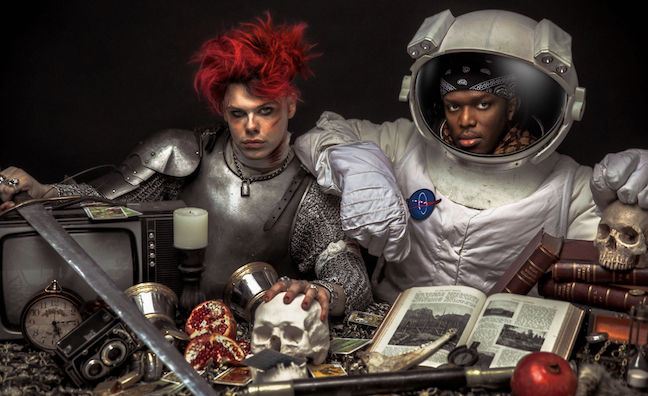 KSI has teamed with Yungblud for his new single, Patience (BMG), which also features US rapper Polo G.

So far KSI has peaked at No.2 in the singles chart with his Anne-Marie collaboration Don’t Play.

With Don’t Play making an advance on his No.3 peak for Really Love with Craig David, KSI and his team will now be hoping for his first No.1 single with the Yungblud track. It follows a run of hits over the past year for the YouTuber and rap star.

KSI has also announced a rescheduled UK tour in October 2021. The tour will now kick off on October 1, 2021 in Glasgow with 14 dates scheduled including Kentish Town Forum.

The UK rapper was the subject of The Music Week Interview in our March issue alongside his manager Mams Taylor at Proper Loud and BMG’s Gemma Reilly-Hammond. KSI exclusively revealed plans for his label, The Online Takeover.

KSI’s label team also spoke about their hopes for the follow-up to Dissimulation, the biggest UK debut of 2020 (84,006 OCC sales last year). The follow-up album will be released later this year.

“With the energy of Yungblud and the style of Polo G, I bring to you another banger for people to enjoy”, said KSI of Patience. “The song is called Patience and it’s very fitting for everything we are going through right now and what we’ve all been experiencing collectively during this lockdown. I’m so incredibly proud to have Yungblud and Polo G on this record with me. I knew that I wanted to collaborate with Yungblud when I watched him perform for the first time at last year’s NME Awards. Together with Polo G, we’ve created an absolute smash and cannot wait until we’re able to perform it live together on stage, it’s going to be special.”

Yungblud said: “KSI is an artist who came into music from a non-traditional route. Something I relate to a lot! He had something to say when no one would listen, and he ended up speaking and connecting to millions of people and they spoke back. That ideology is exactly what Yungblud is about. Of course, we were going to work together in some shape or form. He has become a really close friend of mine and my favourite thing in the world is to make music with my friends.

“Having Polo on it is an absolute honour, he’s a true fucking punk, his individuality shines and I am a massive fan. This song is about needing time to process what is going on around you, about needing a second to just exist and be. You don’t have to know what’s next, just try and be present every day. I think this is a message we can all relate to right now.”

Subscribers can click here to read the KSI interview.