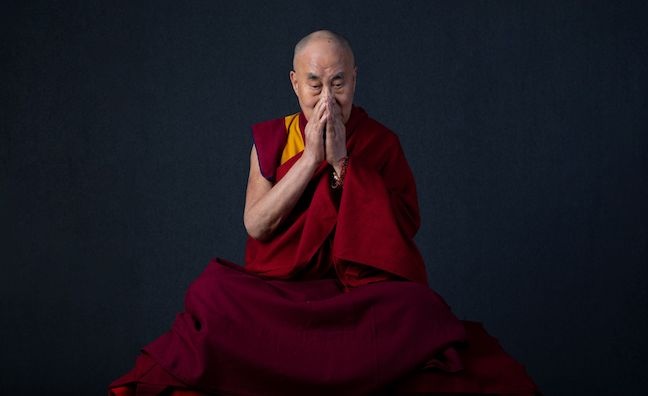 The Dalai Lama has announced details of a debut album.

Released by Khandro Music and Hitco Entertainment, Inner World is being released to honour his 85th birthday celebrations on July 6.

Hitco Entertainment is the music and entertainment company founded by LA Reid and Charles Goldstuck, who's an executive producer on the album. The Dalai Lama’s label mates at Hitco include Big Boi (Outkast), Dinah Jane (Fifth Harmony), Yella Beezy and Saint Jhn.

“The very purpose of my life is to serve as much as I can,” said the Dalai Lama. “Music can help people in a way that I can’t.”

Net proceeds from the sales of Inner World will go to The Gaden Phodrang Foundation of the Dalai Lama’s chosen programme, Social, Emotional and Ethical Learning (SEE Learning); and Mind and Life Institute, which brings science and contemplative wisdom together to better understand the mind and create positive change in the world.